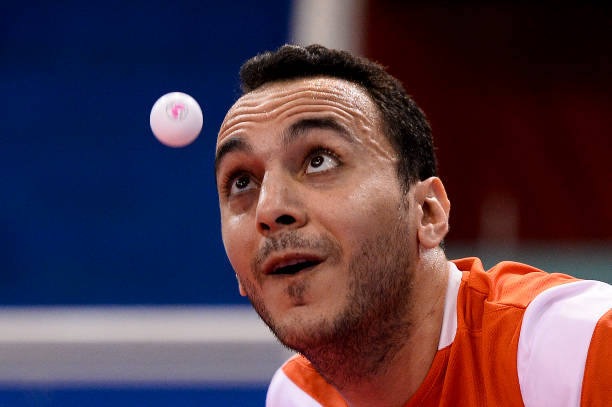 Egypt’s Mohammed El-Beiali believes he will be a contender for the title at the 2018 ITTF African Championship holding in Mauritius on September 3 to 9. The Egyptian has been boosted by his second Arab Championship men’s singles title, reports Extrasportsnigeria.com.

The Egyptian is also aiming to lead Egypt against Nigeria in the men’s team event of the tournament which serves as qualifiers for the ITTF World Team Cup in 2020.

From his maiden men’s title in 2013 of the Arab Championship in Iraq, Mohammed El-Beiali few weeks ago added the 2018 edition to his laurels after beating compatriot- Ahmed Saleh in the epic final in the absence of perennial winner – Omar Assar.

El-Beiali was in Lagos few days ago for the ITTF Challenge Seamaster Nigeria Open but his dream of replicating the feat set by Omar Assar was rubbished when he was overwhelmed by Romanian teenager, Sipos Rares in the round of 16 of the men’s singles.

But undaunted by this setback, El-Beiali is hoping that he will be in race for the men’s singles title in one of the Africa’s flagship tournaments in the Island of Mauritius.

He said, “My dreams and goals are to ensure that we did not miss Omar Assar much in the team particularly when playing against a strong team like Nigeria. I must admit that we will surely miss him (Omar Assar) in the team but with the youthfulness of Khaled Assar and the experience of Ahmed Saleh we can conquer Nigeria in the team event. My partnership with Khaled Assar will also rule the men’s doubles. Personally, my target is the men’s singles title and I hope I can win it this time around.”

Mohammed El-Beiali is aiming for the top 100 in the ITTF ranking this year and believes the standard of the game has improved tremendously in Africa particularly with the giant strides made by Aruna Quadri and Omar Assar.

“I must say that Africa has come of age in table tennis with the exploits of Aruna Quadri and Omar Assar. They have set a benchmark for us in the continent and this has accorded us respect in the world. I look forward to an exciting tournament in Mauritius,” he added.

Not to underestimate the effect of Omar Assar’s absence in the Egyptian team, Mohammed El-Beiali said: “For sure without Omar Assar against Nigeria will be a difficult match for us but we will try our best. There is no doubt that we will be the efforts of Omar Assar but we are really preparing for the championship as we now in camp training twice daily in Cairo. I think we can do something in Mauritius but I must admit that it is not going to be easy at all.”