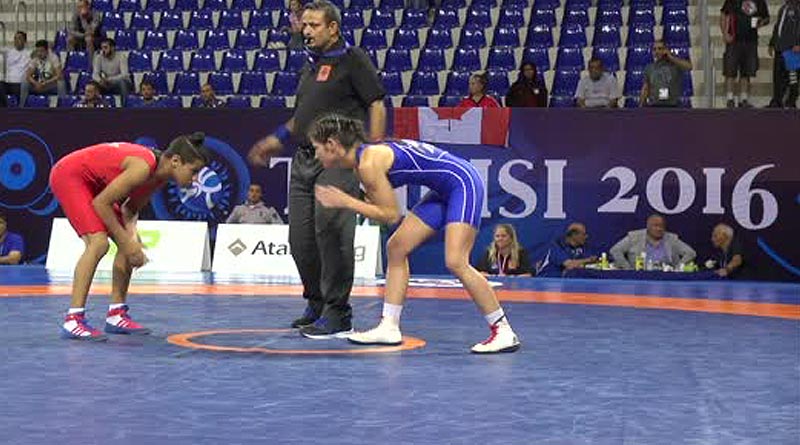 Sports News
December 13, 2016December 14, 2016 0 Comment
Death has hit the world of wrestling.
A young female freestyle wrestling world champion has been killed in a road accident in Egypt, according to the Egyptian state news agency.
Reem Magdy, who won a bronze medal in the Cadet Wrestling World Championships held in Georgia just recently in September in Georgia, was hit by a car while crossing the Cairo-Ismailia road going by the details of the report made on Saturday. The death point is about 11 kilometres from the Suez Canal city of Ismailia.
Magdy, the daughter of an Egyptian wrestler, also won a gold medal in the Africa championship for junior wrestlers. A massive funeral procession was held on the same day for the late 16-year old champion and which was attended by senior officials including the governor of Ismailia, representatives from the sports ministry, lawmakers and others.
Experts lament that traffic accidents are common in Egypt, where roads are often poorly maintained and traffic regulations seldom enforced. “Egypt loses about 12,000 lives due to road traffic crashes every year. It has a road traffic fatality rate of 42 deaths per 100,000 population,” says a report from the World Health Organization.