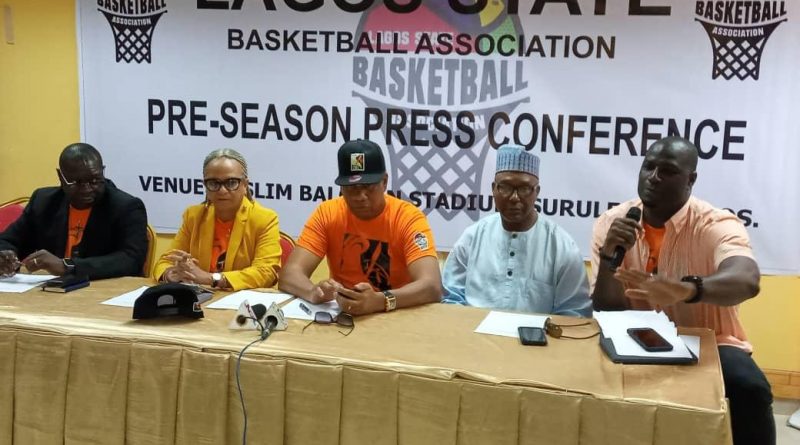 Eko Basketball League has taken off from the drawing board and will tip off on Sunday, June 23 as the latest big league in town, Extrasportsnigeria.com reports. The venue for the rebranded league’s jump ball is the Teslim Balogun Stadium, in Surulere Lagos.

The Lagos State Basketball Association members led by Ms Barbara Harper met with the media in Lagos on Wednesday where they announced the details of the competition.

The Chairperson of LSBBA, Harper, said the move to launch the league was in fulfilment of the promise they made when the board was sworn in last year.

She said, “One of the things we promised was that we would rejuvenate the league so that we can find grassroots players that we need.

“And despite the challenges that abound, we are sure we will reach our targets because we see these problems as just teething ones.”

Eko League is resuscitation and rebranding of the rested Lagos City League which was also run by the same association. The rebranding has made it possible for the addition of the women teams in the hitherto all men’s competition.

The Vice Chairman of LSBBA and a former NBA player Olumide Oyedeji who explained the technical details said the men’s event would showcase eight teams while the ladies competition has six teams.

“We said we wanted to rebrand and revive the system and that’s what we have done. We have to start like this and grow from there to more and more teams. We need to get our rhythm right before we can expand,” Oyedeji said.

The former Seattle Sonics power forward said the top six teams of the men’s event would qualify for the playoffs just only the top four would get to that level in the ladies category.

The league is yet to secure sponsorship and will be financed by the association until sponsorship becomes available.