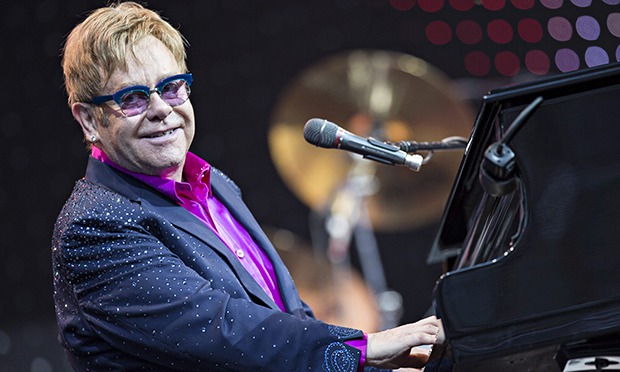 Music star Elton John said Graham Taylor was the “most honest and open man I’d ever met” as tributes were paid to the former England manager at his funeral in Watford on Wednesday.

Taylor, who made his reputation as manager of Watford and had spells in charge of Aston Villa and Wolverhampton Wanderers, died on January 12 aged 72 after a suspected heart attack, AFP reports.

Meanwhile, up to 1,500 people gathered to pay their respects to Taylor, many wearing Watford’s colours of black, red and gold. Some even scaled a multi-story car park to view the entrance of Taylor’s coffin, covered in the British national ‘Union Jack’ flag, into church.

For all that he had an ill-fated spell as England manager, culminating in a failure to qualify for the 1994 World Cup finals in the United States, affection for Taylor in Watford never wavered.

John, then Watford’s owner, appointed Taylor as manager of the Hornets in 1977.

It was the start of an extraordinary decade in charge that saw Taylor guide Watford from the Fourth Division to a second-place finish in England’s top tier and an FA Cup final appearance.

Singer-songwriter John, one of Britain’s most successful pop stars, was not in church on Wednesday.

But his tribute to Taylor was read by John Motson, the BBC football commentator, as audio speakers relayed the service to those outside.

“I have so many wonderful memories of Graham that I could write a whole book. He was without doubt like a brother,” explained John, whose words were read to a congregation including John Barnes and Luther Blissett, two of the star players from Taylor’s first spell in charge of Watford.

John also recalled how it was Taylor who made him face up to the dangers of substance abuse.

“His lecture to me one day shook me to my core. He told me how foolish I was and how I was letting myself – and more importantly the club – down.

“As you can imagine, those words rang so true and I will never forget them,” said John, who chose Taylor over England’s 1966 World Cup-winning captain Bobby Moore to manage Watford.

“To love somebody you must be prepared to be honest and open. And Graham was the most honest and open man I’ve ever met,” insisted John, who added Taylor was a “genius from Lincolnshire”.

Taylor, whose father was a sports reporter for the Scunthorpe Evening Telegraph, had a modest career as a footballer cut short by injury in 1972.

He then managed fourth-tier Lincoln, the last club he played for, and it was the work he did there that convinced John to bring him to Watford.

Taylor achieved three promotions in five seasons with Watford before leaving for Aston Villa in 1987.

He later had a second spell as Watford boss from 1996 to 2001 and John said: “He is a legend in this community, in football and in life. I love you my friend. Thank you for everything.”

After his time in management was over, Taylor enjoyed a career as a newspaper and broadcast football pundit.

Married to childhood sweetheart Rita, Taylor was survived by his wife and their two daughters, Joanne and Karen.

“‘Family first, except on match days’, he used to say,” Joanne told the congregation