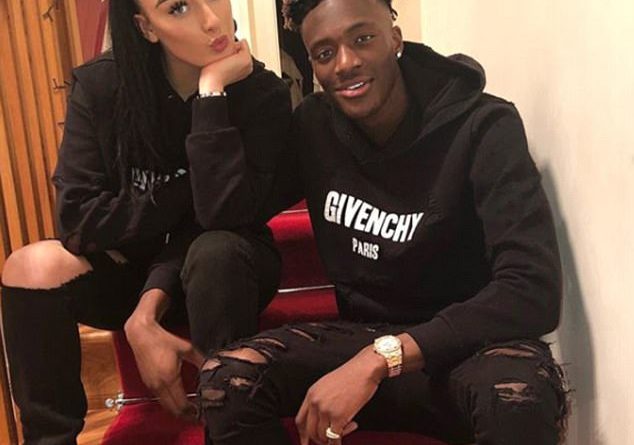 Nigeria’s hopeful Tammy Abraham got over his England snub by jetting to Barcelona with his girlfriend Leah Monroe.

Team-mate Mason Mount was called up along with Ross Barkley for upcoming Euro 2020 qualifiers against Bulgaria and Kosovo.

But Abraham who has been contacted by Nigeria football officials was snubbed in favour of Harry Kane, Marcus Rashford and Callum Wilson.

However, the ace was all smiles as he departed for a short trip to sunny Barcelona with his partner Leah Monroe.

The pair casually strolled through an airport with their luggage.

And Abraham even stopped to take a selfie with a fan as Frank Lampard granted him permission to have time off before the next game against Wolves later this month.

It is said that Abraham is considering a switch to Nigeria on the international scene.

But Southgate insists the forward is close to getting a place in future England squads.

“Tammy is one of a number of players who have either started the season well or we know well from our junior teams.

“This squad can look different over the next months.”

It now remains to be seen if Abraham can push on at Stamford Bridge after establishing himself as the first-choice striker ahead of Olivier Giroud and Michy Batshuayi.

Chelsea fans are eager for him to plunder goals just like he did in the Championship with Aston Villa last season.