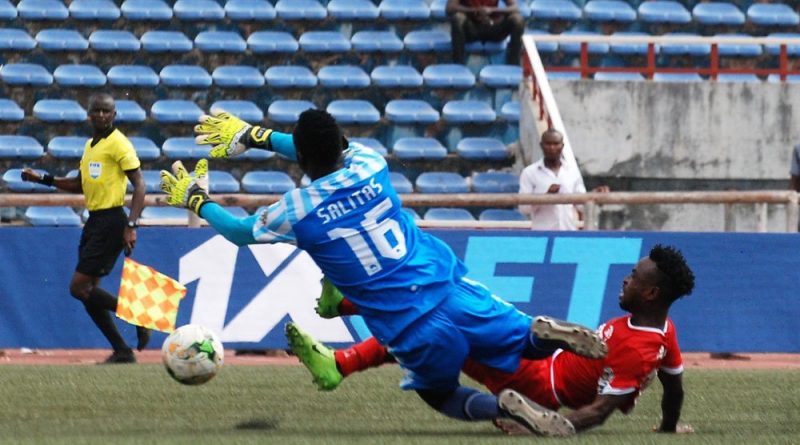 Enugu Rangers defeated Salitas 2-0 at the Nnamdi Azikiwe Stadium on Sunday in a CAF Confederation Cup Group B match.

The result means the Nigerian representatives began their Group B campaign with a victory, while Burkina Faso’s Salitas started off on wrong footing.

Rangers got off to the perfect start as they scored just two minutes into the game through Godwin Aguda. The midfielder beat Salitas goalkeeper Sawadogo Adama to make it 1-0 to Rangers.

Rangers led 1-0 at half-time thanks to Aguda’s early goal.

The hosts continued to attack after the restart and they were awarded a free-kick in a promising area just before the hour-mark.

Isaac Loute then stepped up and scored from the set-piece with a beautiful strike to make it 2-0 to Rangers.

Salitas made two changes in the 68th minute as they looked to grab at least two late goals to ensure that the game ended in a draw but it never was to be.