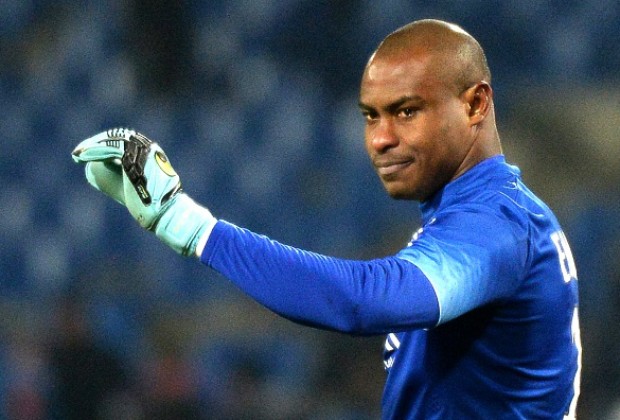 Former Nigeria goalkeeper Vincent Enyeama is confirmed to be on trial on trial at French Ligue 1 side Dijon. The ex-international has been out of competitive football for more than two years.

He has not played since April 2017 when he was released by his last club Lille in August 2018.

Dijon confirmed to BBC that the Nigerian would train with them until the end of the month and then coach Stéphane Jobard will decide whether to offer Enyeama a deal.

Enyeama joined Lille from Israeli side Hapoel Tel Aviv in June 2011 and made 164 appearances for them, including the 2016 French League cup final where they were edged by giants Paris St-Germain 2-1.

His time at Lille saw him emerge as the first goalkeeper to be named French Ligue 1 African Player of the Season.