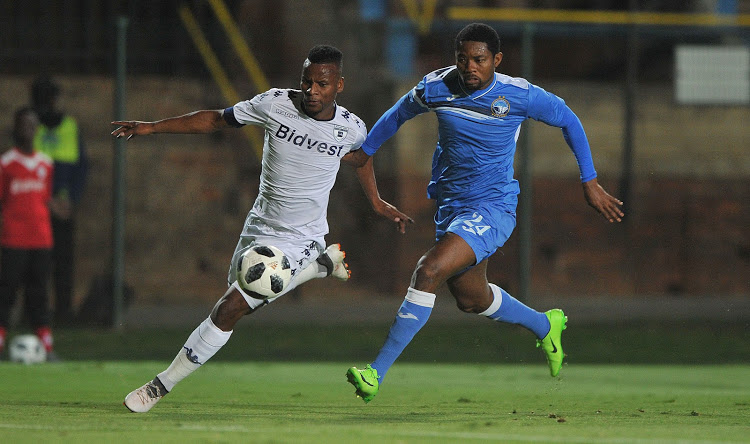 Enyimba forced South Africa’s Bidvest Wits to 1-1 on Friday in the first leg of their CAF Confederation Cup playoff at the Bidvest Stadium.

The former African champions arrived in Johannesburg quite confident on Thursday but Daine Klate found the opening goal for the hosts as early as the third minute with a strike at the back post following a mistake by the visitors, 1-0, according to Laduna report. But Enyimba soon responded as Ibrahim Mustapha equalised two minutes later with a cool finish against the run of play. Mustapha nearly sent the Nigerian side ahead in the 21st minute with a header that narrowly sailed over the bar following a quick counter-attack by Enyimba.

Six minutes before the break, Thobani Mnwango was unfortunate not to have made it 2-1 for Gavin Hunt’s men as his header sailed wide of the target following a pin-point cross from Klate. Reeve Frosler should have got the second goal for the hosts moments into the second half but saw his strike cleared off the line.

Chances became very rare for Wits in the closing stages of the encounter as the Nigerian were happy to sit back.

In the end, 1-1 was how the clash ended at Bidvest Wits, with Enyimba holding a slight advantage on the away goals rule heading into the return fixture.