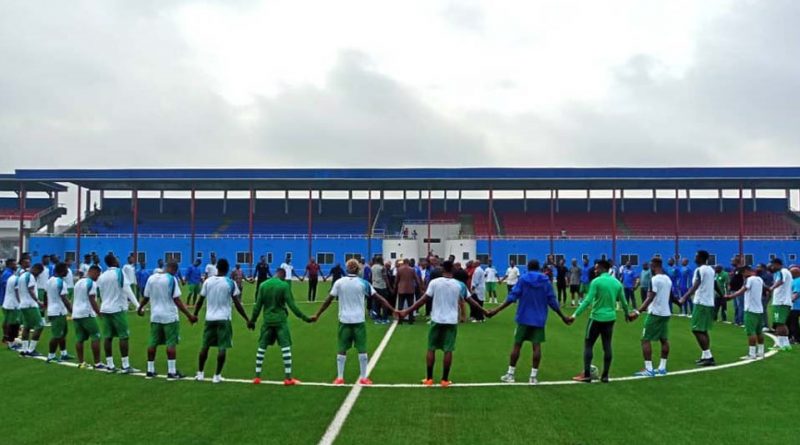 Players of Enyimba Football Club on Friday trained for the first time in almost three years on their home ground in Aba following the full repairs carried out on the venue, reports Extrasportsnigeria.com.

The former African champions have played home games in both the Nigeria Professional Football League and continental competitions at neutral venues since 2015.

This was when renovation works started at the Enyimba Stadium in Aba at the end of the 2014/2015 season. And with renovation works at the stadium now almost completed and the facility ready to host games again, the club has staged a return to base.

The players had a feel of the newly-laid artificial surface on Friday, and club officials were quick to take to the social media to express their feelings.

Their next game is against Mali’s Djoliba on August 18 at the Modibo Keita Stadium, Bamako.

The Abia State Governor, Okezie Victor Ikpeazu, was a part of the celebration team as he doled out $5,000 to the team to boost the players morale ahead of the game against Djoliba, according to a News Agency of Nigeria report.

Ikpeazu made the surprise donation after watching the team’s training session at the stadium.

“First training session inside our revamped stadium. Couldn’t have felt any better.

“18 days until we play our first competitive game on this incredible surface. #WeCantWait #WeAreEnyimba #ForVictory,” a tweet on the club’s official Twitter handle proclaimed on Friday.