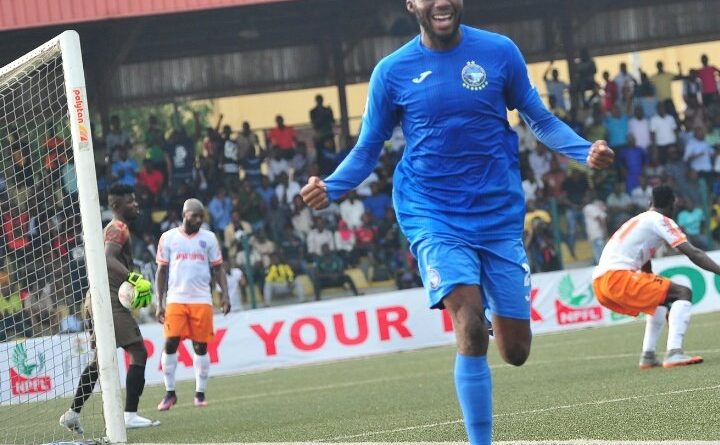 Enyimba won a record eighth Nigeria Professional Football League title after beating Akwa United 3-0 in their play-offs fixture at the Agege Stadium, Lagos. The match was the second match of the last day of the series on Wednesday, Extrasportsnigeria.com reports.

Enyimba finished top of the log with 12 points from five matches and won a ticket to the African Champions League. Kano Pillars who finished second got the second ticket for the Nigerian clubs while Rangers got one of the Confederations Cup ticket.

Reuben Bala gave Enyimba the lead two minutes before the break after Joseph Osadiaye dribbled his way into the Akwa United box and squared the ball to Bala who tapped it into the net. It was Bala’s third goal of the play-offs.

Stanley Dimgba netted Enyimba’s second goal of the game on the hour mark.

The winger nodded home a superb cross from Stanley Okorom.

Abdulrahmam Bashir made the scoreline more emphatic when he scored Enyimba’s third goal with a stunning effort from outside the box a minute before time.