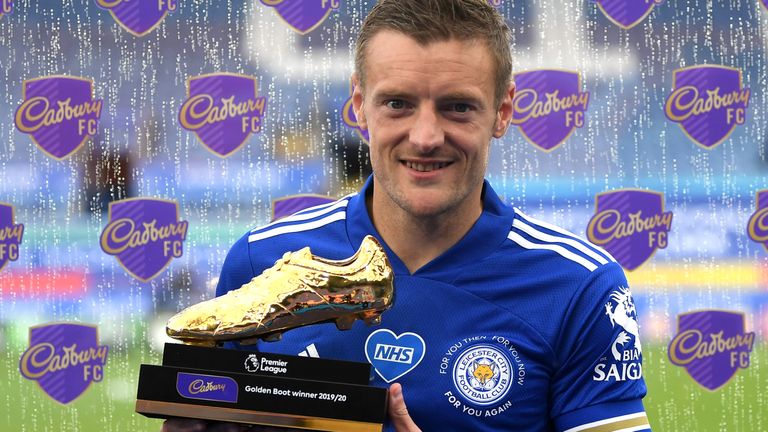 The Premier League season reached an exciting climax on the final day with the Golden Boot being decided for the most deadly striker of the campaign.

This followed Manchester United’s 2-0 win away to Leicester City which ultimately put the Manchester team in third place ahead of Chelsea that defeated West Ham 2-0 also on Sunday.

Jamie Vardy went into the final day with a cushion over Danny Ings and Pierre-Emerick Aubameyang but with his Leicester side taking on Manchester United he knew he would find it hard to extend his lead.

Vardy went into the final day three goals clear of Aubameyang and the Arsenal man did his best to close the gap, Express.co.uk reported.

The Gabon international scored twice in the first half in the 3-2 win over Watford but it wasn’t enough.

But it wasn’t enough to stop Vardy from keeping the award all to himself this season.

The Leicester forward may have won the Golden Boot but his side missed out on the Champions League after losing 2-0 to United.

The former England international has been superb for the Foxes this season though and has helped them to an impressive fifth place finish in the Premier League.

Aubameyang has once again underlined his class as questions remain over his future at the Emirates.

Ings has been the key man in ensuring Southampton guaranteed survival well ahead of the final day.