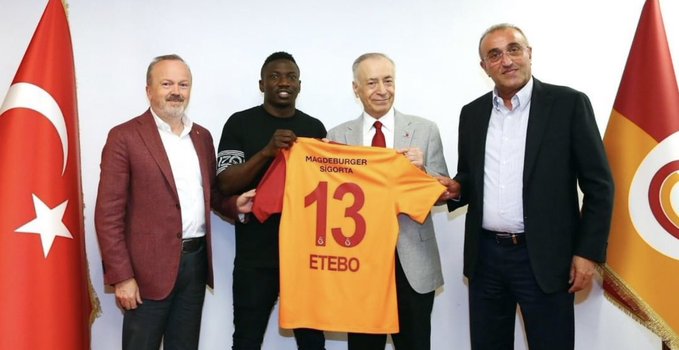 Super Eagles midfielder Etebo Oghenekaro has announced his arrival at Turkish big side Galatasaray and thanking the Stoke City team for his time so far with them, Extrasportsnigeria.com reports.

Etebo confirmed his arrival in Turkey on Wednesday via his Twitter handle.

He wrote, “I am excited to announce my arrival at Galatasaray, I am looking forward to this amazing opportunity and I am happy to be part of such a historic club.

“Thank you to everyone at @stokecity and thank you to @dwsportsmanagement team.”

The former U23 Olympic star has switched on loan the just as his former team mate and captain Mikel Obi joined the English side. It is practically a move in opposite directions for both players as Mikel featured in the Turkish league last season.