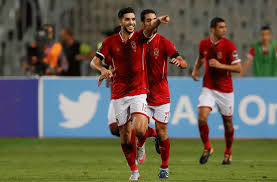 Tunisia’s Etoile du Sahel defeated Plateau United 4-2 on Tuesday. It was the first leg of the 2018 CAF Champions League round of 32, and the match was played at Stade Olympique de Sousse

The Nigerian league champions rallied back from four goals down. Plateau will host the Tunisian side in the second leg in Jos on March 16.

The hosts took an early lead according to a Kingfut report as Egyptian Amr Marei scored in the second minute following a good pass by Al Khaly Bangoura. One minute later, Amine Chermiti doubled their lead after capitalising on poor defending from the Nigerian side. Chermiti completed his brace five minutes later to make it 3-0 before the 10-minute mark.

Etoile started the second-half in the same style as second half substitute Aymen Sfaxi scored the fourth goal nine minutes after the restart.

After the fourth goal, the hosts’ offensive tempo slowed down and the Nigerian champions kept on fighting to reduce the deficit.

Their efforts paid off as they were awarded a penalty that was converted by Rapheal Ayagwa 20 minutes from time. With less than seven minutes to go, Tosin Omoleye scored a second for Plateau United to revive hopes of the Nigerian ahead of the second leg.

The Nigerian side need to earn a 2-0 victory at home to secure their qualification to the next round, while a draw would guarantee Etoile’s advancement to the group stage.