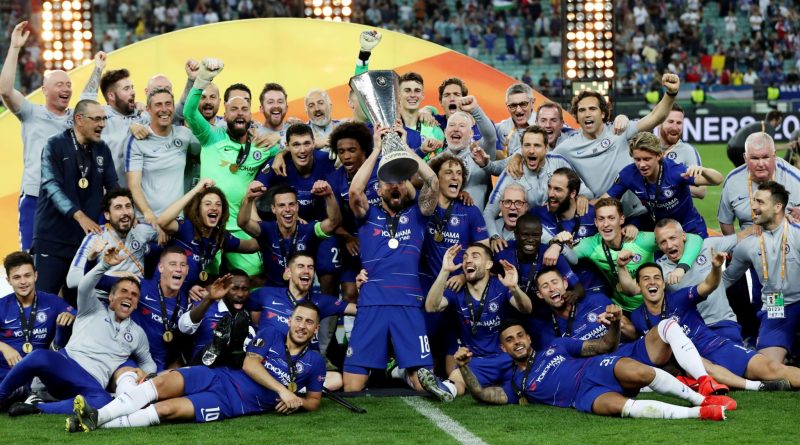 Chelsea star Eden Hazard has revealed what Maurizio Sarri’s told the players his half-time team-talk to inspire team to Europa League glory after a 4-1 bashing of Arsenal in Baku.

The two London clubs played out a drab first-half which rendered no goals and very few shots on goal.

But Sarri’s men came bursting out of the blocks after the break and scored three goals in the space of 17 minutes through Olivier Giroud and Pedro, before Hazard slotted home a penalty.

Alex Iwobi’s stunning strike proved to be only a consolation as the Belgian added a late fourth, combining brilliantly with Giroud to sweep home and cap a fairytale ending to his seven-year career with the club.

According to The Evening Standard report, Hazard revealed how Sarri’s words encouraged his players to play discover their ruthlessness to win their second Europa League trophy in six years.

“(He told us) just to keep playing, to play our football, like what we did in the second half,” Hazard told BT Sport.

“We know we are good players when we fight and play together. Today we showed that, for the fans, the manager and the staff. We’re just happy to lift this trophy.

“The first half both teams had stress because of the final. But when we score I think it was the beginning of a great night. We played a good second half and we had chances at the end.”

After the match, Hazard finally confirmed that it was likely to be his last game for the club as he is expected to join Real Madrid.

“I think it’s a goodbye,” he said, when asked about his future.

“My dream was to play at one of the biggest clubs in the world and for seven years I have done that. It’s time for a new challenge.