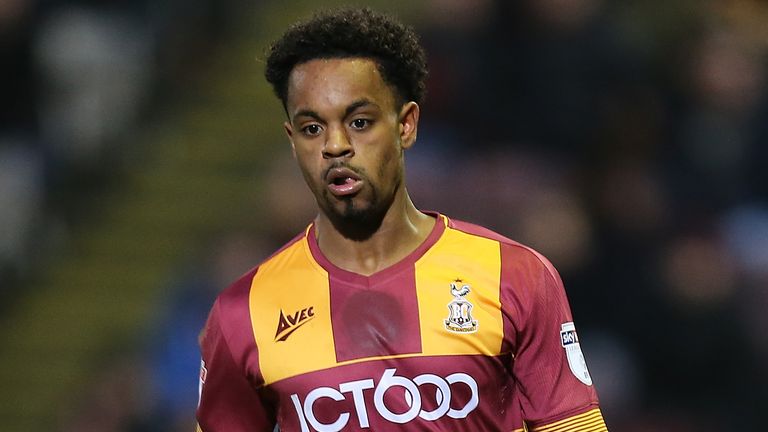 A former Arsenal footballer has confessed to having sex with a 14-year-old girl and sharing indecent images of a child on Snapchat.

Tyrell Robinson, 22, pleaded guilty to the sex offence before Bradford Crown Court today and was warned he could face jail time, according to The Sun.

Robinson, from South Ockendon, Essex, admitted engaging in sexual activity with the teenager in Bradford on August 13 of 2018.

He also entered a guilty plea to making and distributing an indecent image of a child via Snapchat on the same date.

However, he denied a further charge of distributing an indecent photograph of a child in December 2017, and the court heard the prosecution will not proceed with this count.

Waste of a promising career but one imagines that he has only got himself to blame.

City supporters told the Telegraph & Argus that Robinson had “thrown away” a promising football career and must now “face the consequences” for his “stupidity.”

The winger was arrested in August 2018 and later sacked by Bradford for gross misconduct.

He was granted bail until his sentencing and was ordered to sign the sex offenders’ register before he left court.

Judge Jonathan Rose said: “Dealing with you Robinson, you pleaded guilty to all matters save the last count. The prosecution will not seek to try you on that count.

“Your case is now adjourned to be sentenced.”

He continued: “You must not assume that the fact that I’m adjourning sentence and granting you bail is to mean that any particular sentence will be imposed upon you.

Robinson will be sentenced at a later date.