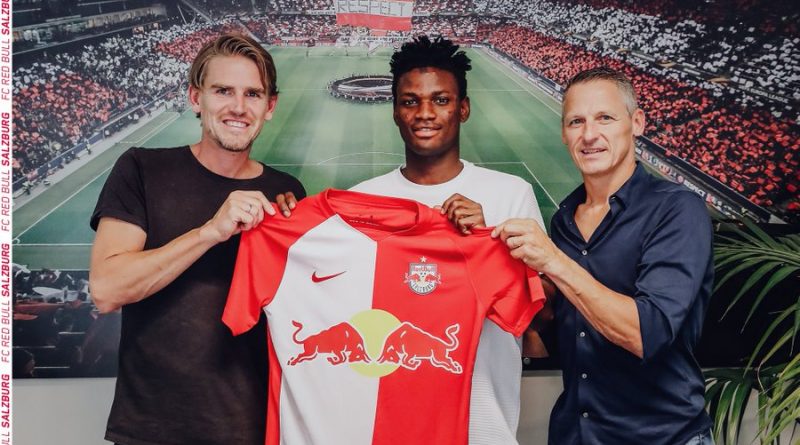 The midfielder was officially presented to the media as a player of the club on Thursday afternoon having agreed to a pre-contract with the Salzburg team in February. It is his first professional contract.

Tijani who has just made his first official statement said: “Hi. My name is Tijani Samson Okikiola, I just signed for Red Bull Salzburg now and I’m so grateful for that and I’ll be so grateful if you guys support us and just be with us. It is not that easy.”

The young Nigerian signed a five-year contract which would last until May 31, 2025.

The Austrian Bundesliga champions Red Bull Salzburg had earlier on Thursday announced the signing of the former Nigeria U17 player.

The Red Bull Salzburg statement read: “The 18-year-old feels particularly comfortable in the role of the six and is characterized by his dynamic and uncompromising style of play.

“He has already displayed his quality in ten appearances for the U17s in his home country, with which he moved up to the semi-finals of the Africa Cup and the round of 16 of the World Cup.”

In the team are three other Nigeria-born players:  Karim Adeyemi,  Bryan Okoh and Chukwubuike Adamu.