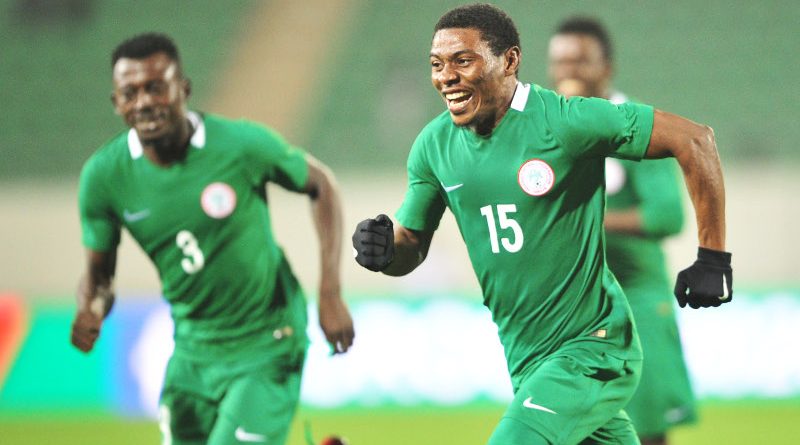 Nigeria’s Stephen Eze and Dayo Ojo have been named in the 2018 African Nations Championship (CHAN) tournament XI by CAF.

Eze was an ever-present as Nigeria went all the way to the final in Morocco, while Dayo Ojo stamped his class in the Eagles midfield when he broke into the first team. He made the major mark scoring a superb goal against Equatorial Guinea.

On Wednesday, champions and hosts Morocco dominated the tournament 11 with five players including Ayoub El Kaabi, who won the highest goalscorers’s gong with a record nine goals. El Kaabi was also adjudged the Most Valuable Player (MVP) of the tournament.

Zakaria Hadraf scored a brace while Walid El Karti and the tournament top scorer, Ayoub El Kaabi also got on the score sheet to secure the title for Morocco on Sunday at the expense of a 10-man Nigeria team.

The Eagles B delegation returned to the country in the early hours of Tuesday, proudly clutching their silver medals.

Players and officials arrived at the Murtala Muhammed International Airport, Lagos at about 3am aboard a Royal Air Maroc aircraft, and were received by officials of the Nigeria Football Federation. The delegation was then flown to the Federal Capital, Abuja by the first flight out of Lagos.

The team won four of its six matches at the continental championship, drawing one, before losing the Final match to a supercharged Moroccan team on Sunday.