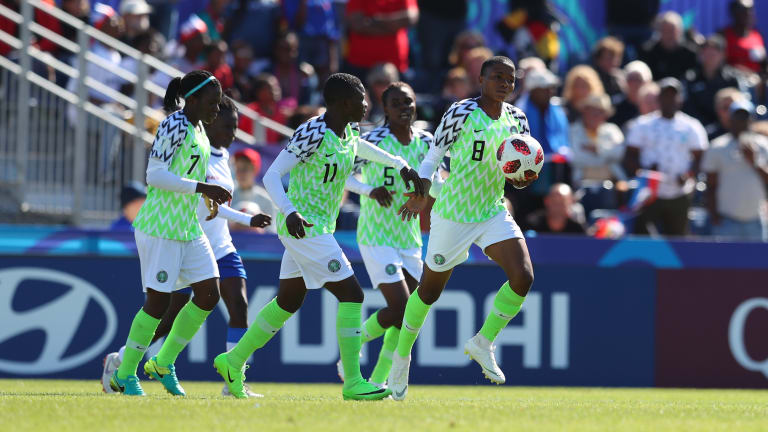 Nigeria’s U20 ladies, Falconets recorded their first victory at the ongoing 9th FIFA U20 World Cup in France as they pipped hard tackling Haiti 1-0 in Saint Malo.

The Falconets needed a win to keep their hopes of a qualification to the knockout stage alive and that they did when stand-in captain Rasheedat Ajibade netted from the penalty spot after Anam Imo was fouled in the box in the 36th minute of the encounter.

Just before the end of the first period, Ajibade sent a brilliant pass to Anam Imo but the latter could not connect for a tap –in, and the half ended with the Falconets still one goal ahead.

The Haitians improved at the beginning of the second half but were contained by the Falconets who were hell bent on getting all three points at stake.

Just as she did in the first match against Germany which the Falconets lost by the odd goal, goalkeeper Chiamaka Nnadozie saved the blushes of the Falconets time and time again whenever they were caught napping at the back. She was eventually named Woman of the Match by FIFA.

The 2010 and 2014 silver medallists are now second on the Group D table with three points from two games and have China, losers against table-toppers Germany on Thursday, to confront in the final group game on Monday in Dinan/Léhon.