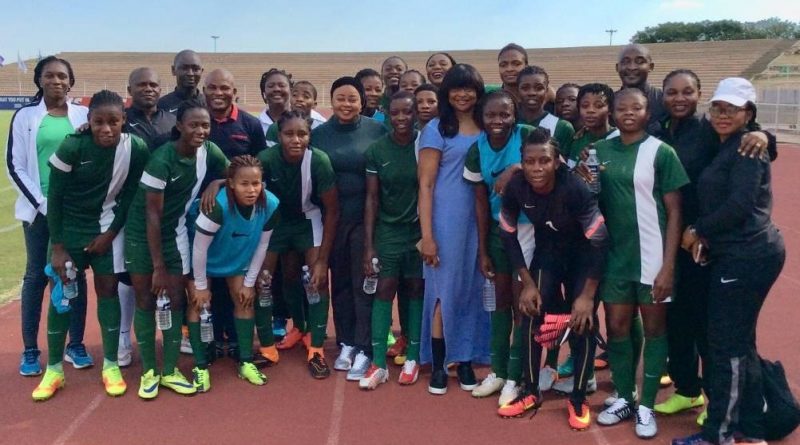 Nigeria U20 women on Saturday in Polokwane, South Africa defeated their hosts Basetsana 2-0. The win in the World Cup qualifier has put them very close to another outing in the FIFA U20 Women’s World Cup.

The Basetsana tried to find a way back into the game in the second period, only to meet an impregnable wall at the Nigerian rear. Goalkeeper Cynthia Nnadozie was well-protected by Sunday Opeyemi, Christy Ucheibe, Mary Ologbosere and Kemi Famuditi.

Coach Danjuma’s ladies threw everything at the home girls right from kick off, and will retain confidence of picking a ticket to the FIFA U20 Women’s World Cup France 2018 after the concluding encounter in Benin City in a fortnight.

The return match is scheduled for the Samuel Ogbemudia Stadium, Benin City on Saturday, 27th January.