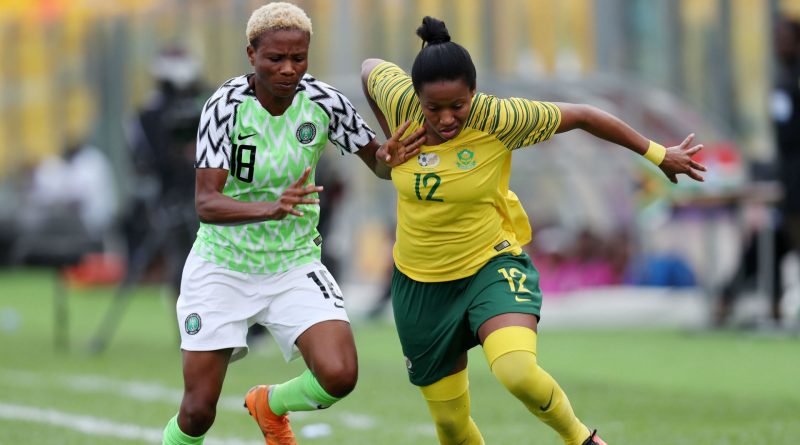 Eskilstuna United of Sweden have signed Nigeria’s Halimatu Ayinde on a one-year contract. The midfielder shone with the Super Falcons who just won the Africa Women Cup of Nations hosted by Ghana.

Ayinde moved from another Swedish side Asarums IF who play in the lower division.

Eskilstuna coach Magnus Karlsson says he is excited the Nigerian is joining them.

He told the club website: “We’ve been watching Ayinde since she came to Asarum and it’s an interesting one player.

“We have seen her in a couple of matches and met her on two occasions as part of the recruitment process. She has good speed and good technique.

“She can play in multiple places but is best in an offensive role in the midfield or in the attack.

“(Ngozi) Okobi and Ayinde have played together in both club teams (Delta Queens) and national team and know each other well.”

The former FC Minsk of Belarus midfielder told Goal: “I was not thinking very long when Eskilstuna United offered a contract.

“It is a top club like Ngozi (Okobi) has spoken very well of. I will try to contribute with hard work and hopefully some goals.”