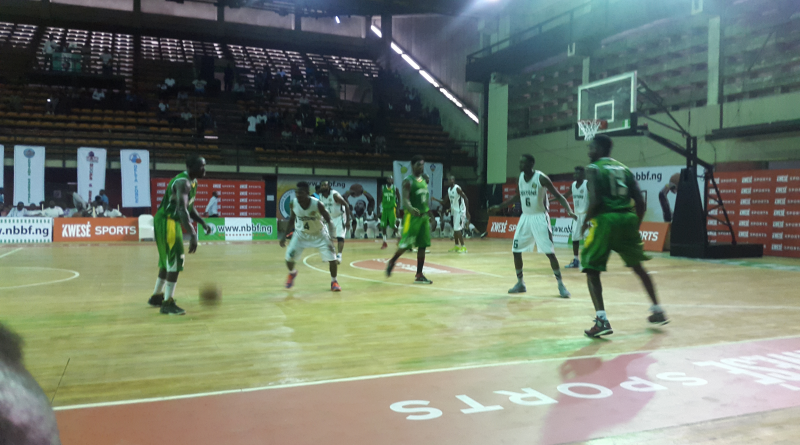 Kwara Falcons defeated Nigeria Customs 63-50 on Thursday as the Nigeria men’s basketball league started at the National Stadium in Lagos. The NBBF league with Kwese Sports as the new sponsors took off just three days after the Zenith Bank Women’s League took the jump ball in Abuja.

The NBBF President Tijani Umar and executives of Kwese company were on ground for the start off.

The Falcons shot the first basketball and led the play before the Customs caught up in the first quarter but it was obvious to those at the Sports Hall that the visitors were more eager to earn points for the playoffs. The game went in almost a clutch until the buzzer.

But that was not the only game of the opening day as rookies Hoops & Read defeated returnees Police Baton 64-58. The Hoops team is owned by a former NBA centre and Nigeria international Olumide Oyedeji. He says the name of the team reflects his goal which to make youngsters play basketball and also go to school.

The regular season continues on Friday in the Atlantic Conference with matches in Lagos, Port Harcourt and also in the Savannah Conference.