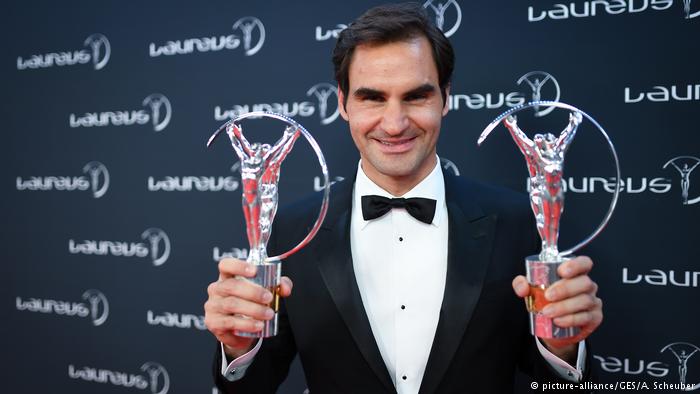 The 2018 Laureus World Sports Awards has been dominated by tennis. Roger Federer won Sportsman of the Year and Comeback of the Year, while Serena Williams was named Sportswoman of the Year. The Mercedes F1 team also claimed a prize according Deutsche Welle report.

Roger Federer was named the Laureus Sportsman of the Year for the fifth time at the Monaco award ceremony on Tuesday. The Swiss veteran was also honoured as enjoying the comeback of the year, having become the oldest world number 1 in tennis’ history, reclaiming the top spot in the men’s game 14 years after he first occupied it.

“This means the world to me, thank you so, so much,” Federer said in his acceptance speech, also praising the Laureus Sport for Good Foundation for helping to inspire his own philanthropic work.

Serena Williams, meanwhile, was named Sportswoman of the Year, having claimed her 23rd Grand Slam singles title and surpassed German ace Steffi Graf just in time to give birth to her first child, Alexis Olympia Ohanian Jr, later in 2017. Williams has not been able to return to the court quite as quickly as she had hoped since giving birth.

Marcel Hug claimed the World Sportsperson of the Year with a Disability award. Golfer Sergio Garcia won the World Breakthrough of the Year award for his win at the US Masters — a full 18 years after he was named winner of the self-same award on the basis of his impressive rookie season on the pro tour.

The Best Sporting Moment of the Year award, one voted for by the general public, went to the Chapecoense football team. It lost most of its players in a plane crash in 2016 on its way to the Copa Sudamericana finals; South American football confederation CONMEBOL ultimately dubbed them “eternal champions” after the two-legged final was cancelled.