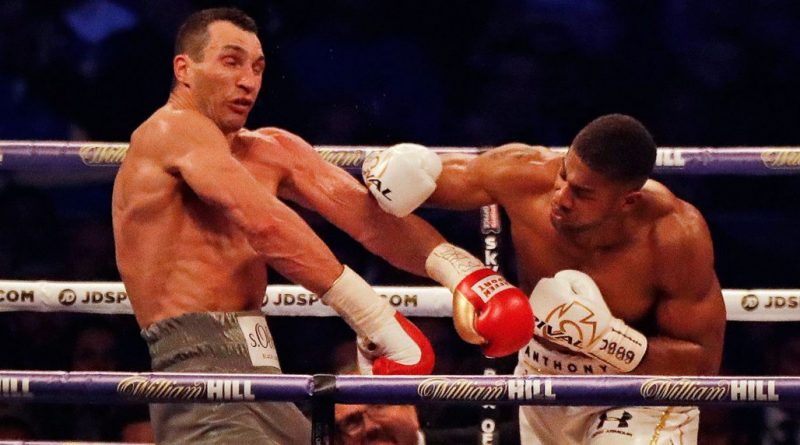 The Federal Government of Nigeria has announced that the world boxing sensation Anthony Joshua, who recently defeated Wladimir Klitschko on Saturday to become the unified World Heavyweight Champion would be invited to the country, Extrasportsnigeria.com reports.

The hint was given as the government made a congratulatory message to the boxer who is of Nigerian descent. Joshua’s Nigerian parents are from Sagamu in the south western part of the country.

In a statement issued on Tuesday, the Minister of Information and Culture, Lai Mohammed said Nigeria is proud to be associated with the new unified World champion, whose Nigerian heritage he has publicly acknowledged.

“My heart is in Nigeria, My heart is in Britain. I am a Nigerian man by blood, yes,” the Minister quoted Joshua as saying in a recent interview, during which the boxer also listed the secret of his success as pounded yam, eba and egusi – which are Nigerian staples.

The minister said, “The government would soon invite the new World Heavyweight Champion to Nigeria, especially as he has said he was looking forward to giving something back to the country.”

The official hailed Joshua for his humility, despite his success in boxing, and his undying spirit, coming off the canvas to win the fight.