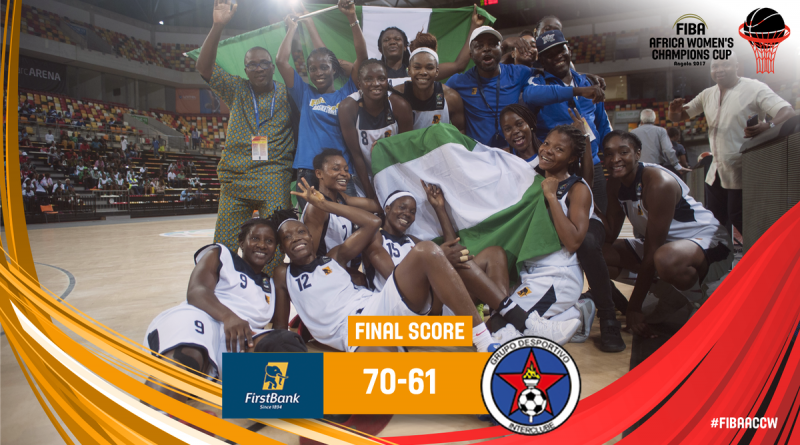 Soon after the third place battle ended the final match of the week-long competition began and it ended Angolan side Primero de Agosto winning the cup after defeating Mozambique champions Ferroviario de Maputo 65-51. It became the third win for the Angolan club at the continental level. De Agosto women defeated First Bank at the semi finals on Saturday.

For the third place match the Elephant Girls took the early lead and won the first quarter 22-19. They were up at 44-31 at the break and continued to lead with 57-46 when the third quarter ended. They kept their play on a high note to win the game at 70-61.

First Bank and Inter Clube were in Group A and the preliminary stage. The Angolans won the game 92-79 to top the group. The Elephant Girls had to work very hard on Sunday to achieve a revenge mission.