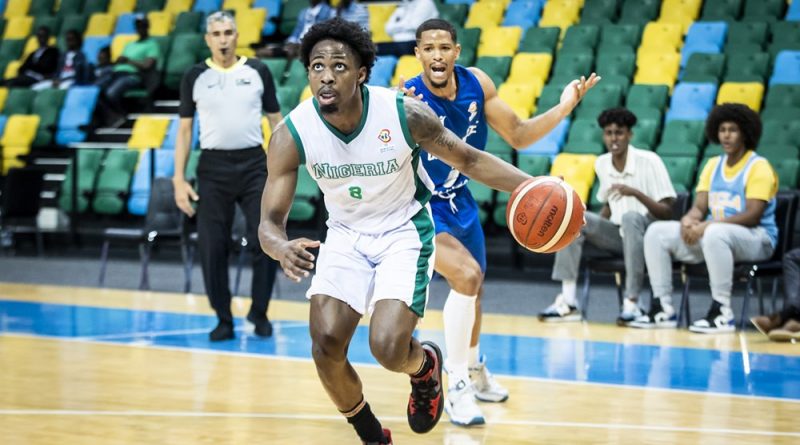 With three wins from five games, D’Tigers booked their place in the second round of the 2023 FIBA World Cup qualifiers. Having recorded a 20-0 points win over Mali who failed to show up for their game, Nigeria crossed over with eight (8) points to join group leader, Cape Verde, and third-placed Uganda in the next round.

According to the pre-qualification guideline, the top three teams in Group A will be merged with the top three teams in Group C consisting of Côte d’Ivoire, Angola, Guinea, and the Central African Republic. Addressing the players on Saturday, Nigeria Basketball Federation President, Engr Musa Kida thanked the team for their dedication and swift response to the call of duty. Kida who was in the company with his Vice President, Babs Ogunade conveyed the gratitude of Nigerians to the players for representing to the best of their abilities whenever they were called upon.

Kida said, “Congratulations again for booking your deserved place in the second round. I bring you greetings from your compatriots back home who are solidly behind you. The job is far from over. We must start preparing for the second round immediately with the game against Uganda tomorrow.

“We must finish high and end this phase with a bang. The boys have been separated from the men and the race for the ticket just got hotter. We count on you to deliver on this task. We will do everything within our power as a federation to make things easy for you on and off the court.”

Meanwhile, Nigeria will face off with Uganda on Sunday by 2pm after both teams lost to the eventual group winner, Cape Verde. The team under the tutelage of Alan Major will hope for a repeat of their first encounter in February when it swept off Uganda 95-69points to decide the second and third spots.

The next round of matches will be held between 22 and 30 of August.