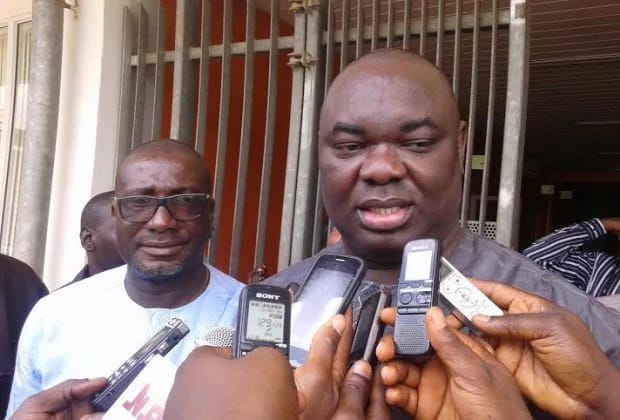 World football governing body FIFA on Tuesday handed a worldwide extension to the ban of Chris Giwa and four other officials who have been involved in a leadership tussle with the Nigeria Football Federation (NFF). A statement by the Switzerland-based body confirmed the worldwide ban.

The statement read, “FIFA can today confirm the worldwide extension of sanctions imposed by the Nigeria Football Federation’s (NFF) Disciplinary Committee on 12 May 2016 against the officials Christopher Giwa, Muazu Suleyman, Yahaya Adama, Sani Fema and Johnson Effiong for breaches of the NFF Statutes and the FIFA Code of Ethics.

“The relevant member association as well as CAF have been duly notified of the chairman’s decision.”

In May 2016, the NFF first banned Giwa, owner of banned Nigeria Professional Football League (NPFL) club Giwa FC, and his colleagues after they took the NFF to a civil court over election matter which is against the NFF statutes.

Nigeria was severally threatened by a FIFA ban as a result of the problems that followed the matter in court.

Giwa in his redress claimed he was duly elected NFF president in August 2014 and asked the court to overturn the elections of September 2014, which produced Amaju Pinnick as NFF president.