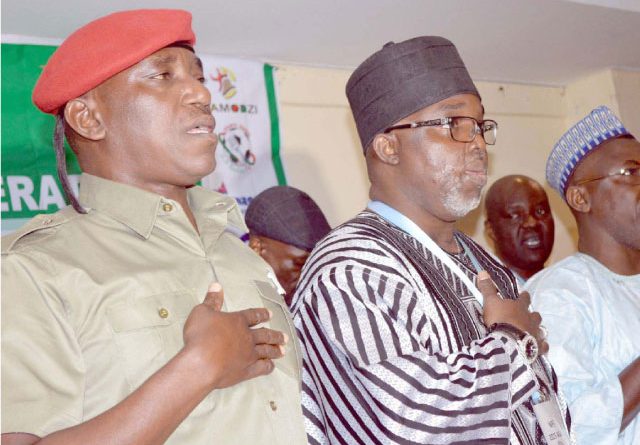 FIFA has given Nigeria and Ghana final warning to respect the football statutes or face ban from all football related activities.

In a release issued on Tuesday the world football governing body said, “Two decisions of the Bureau of the FIFA Council in relation to undue influence in the affairs of the Nigeria Football Federation and the Ghana Football Association have been notified on 13 August 2018.

“In line with art.16 par. 1 of the FIFA Statutes, the Bureau of the FIFA Council decided that if by Monday, 20 August 2018, at 12:00 (CET), the Nigeria Football Federation (NFF) offices are not handed back to the legitimate NFF executive committee under President Amaju Melvin Pinnick, who was duly elected on 30 September 2014, the NFF will be suspended with immediate effect for contravening art.14 par. 1 i) and art.19, as well as art.14 par. 1 a) of the FIFA Statutes. The suspension would be lifted only once the NFF, under President Amaju Melvin Pinnick and General Secretary Mohammed Sanusi, confirms that it has been given back effective control of the NFF and its offices.

“Furthermore, the Bureau decided that if the suspension of the NFF takes effect, the Nigerian team currently competing in the FIFA U-20 Women’s World Cup France 2018 will still be allowed to continue to participate in the tournament on an exceptional basis given that the tournament is underway.”

FIFA also said it had taken note of the situation in Ghana as regards the formal investigation proceedings being carried out by the chairperson of the investigatory chamber of the Ethics Committee against the former Ghana FA president Kwesi Nyantakyi, who has been provisionally suspended by a decision taken by the chairperson of the Adjudicatory Chamber of the Ethics Committee.

“However, the Bureau of the Council considers that the petition introduced by the Attorney General to the High Court of Justice to start the liquidation process of the GFA constitutes undue influence in the affairs of the GFA in contravention of art.14 par. 1 i) and art.19 par. 1 of the FIFA Statutes.

“Under these circumstances, the Bureau decided that if the petition to start the liquidation process of the GFA is not withdrawn by Monday, 27 August 2018 at 12:00 (CET), the GFA will be suspended with immediate effect. The suspension would be lifted only once the above-mentioned petition is withdrawn and FIFA is given written proof thereof.”