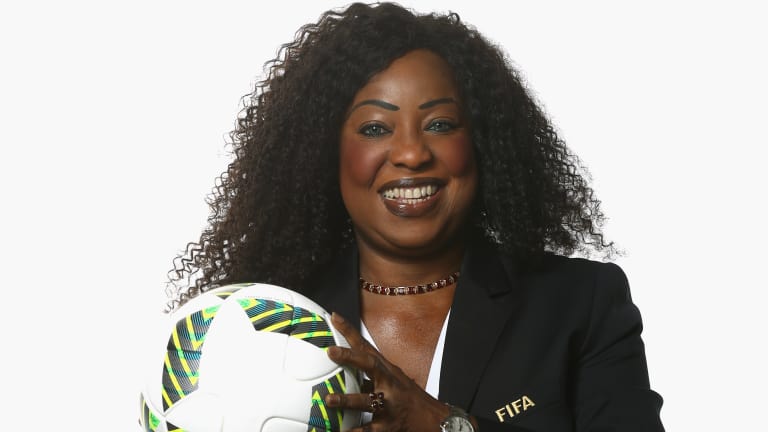 At lunch on Sunday with the bigwigs of the NFF and a number of stakeholders of the Nigeria game, the Senegalese-born former UN top official expressed her delight with being invited to Nigeria for the awards and also for being considered worthy of a special award on the night.

She will receive the NFF Order of Merit award.

At a press briefing on Friday, NFF 1st President and Chairman of the Awards Organizing Committee, Seyi Akinwunmi lauded sponsors Aiteo for continued support for the annual event and assured that both organizations are set to put on a great show on Monday night.

Aiteo’s General Manager, Finance, Taiye Eyewuoma stated that the sponsor, Nigeria’s leading energy solution company and NFF’s Official Optimum Partner, is committed to continuing to sponsor the awards ceremony as the partnership “is yielding good dividends for Aiteo.” Aiteo is also the sponsor of the Federation Cup competition and the annual African Football Awards.

Monday’s event will be broadcast live by SuperSport and Africa Independent Television (AIT).