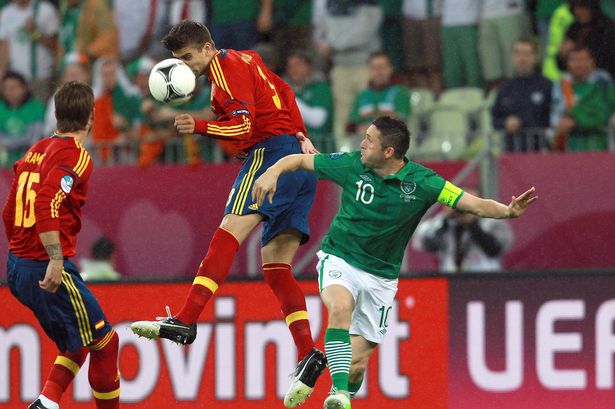 Spain’s participation at the 2018 World Cup in Russia could be under threat after the world football body FIFA raised concerns about political interference within the Spanish football federation (RFEF).

Soccer’s governing body has warned the RFEF that the Spanish government’s involvement in the election for the football federation’s new president could lead to them being expelled from next year’s World Cup. The RFEF is led by Juan Luis Larrea on an interim basis after former president Angel Maria Villar was forced to step down on corruption charges.

Spain captain and Real Madrid defender Sergio Ramos, speaking ahead of the Club World Cup final in Abu Dhabi, added, “I cannot believe that Spain could lose what we have worked so hard for on the pitch due to an institutional dispute, I struggle to believe that.”

The entire drama began after a complaint was filed by suspended president Villar which has forced FIFA to start investigating the situation surrounding the Spanish FA.

The complaint filed has suggested there has been political interference within the workings of the RFEF and that is strictly prohibited by FIFA’s regulations.

Kuwait have been involved in a similar situation and were punished, and furthermore Spain were threatened by Sepp Blatter back in 2010 before the South Africa World Cup although there was no evidence of wrongdoing proven.

Experts in the matter feel as though Spain has enough leeway to avoid a serious punishment, however the move towards a new election process is something that could cause huge problems for the association.