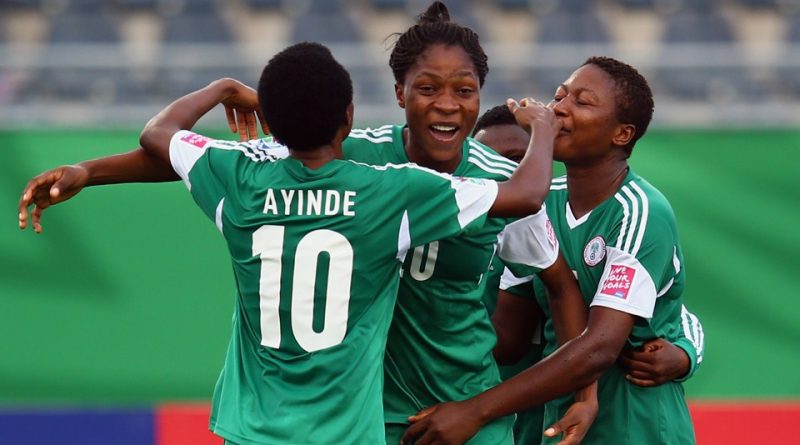 The Official Draw for the FIFA U-20 Women’s World Cup France 2018 took place on Thursday at the Rennes Opera House, Brittany. The draw results revealed that hosts France will play their opening match of the competition at Vannes’ Stade de la Rabine on Sunday, 5 August, at 19:30 (local time) against Ghana. New Zealand and the Netherlands were also drawn in Group A.

Nigeria’s U20 girls, Falconets were drawn in the same pool as perennial foes Germany, China and Haiti in Group D of the competition holding from 5th to 24th August.

Group B is headed by Korea DPR and also has England, Mexico and Brazil, while USA, Japan, Paraguay and Spain will battle it out in Group C.

Two-time runners-up Falconets begin their campaign with a huge test, against Germany at the Stade de Marville in Saint-Malo on Monday, 6th August. Germany edged Nigeria to lift the trophy the two times Nigeria got to the championship final – in 2010 in Germany and 2014 in Canada.

Chris Danjuma’s maidens will then be up against Haiti three days later at the same venue, before moving to Dinan-Léhon, where they play China at the Stade du Clos Gastel on Monday, 13th August.

Nigeria’s Group D opponents Haiti will be taking part in their first-ever FIFA women’s tournament, and FIFA General Secretary Fatma Samoura said, “I’d like to send my regards and warmly congratulate Haiti, who just qualified for their first-ever FIFA women’s tournament, on their remarkable road to France. Well done, girls, for taking this huge step.

“It’s so encouraging to see these young girls pointing the way forward through playing football. For FIFA, increasing the participation of women in football is an imperative. The development of women’s football is at at the top of our list of priorities in our strategy ‘FIFA 2.0: The Vision for Future’.”