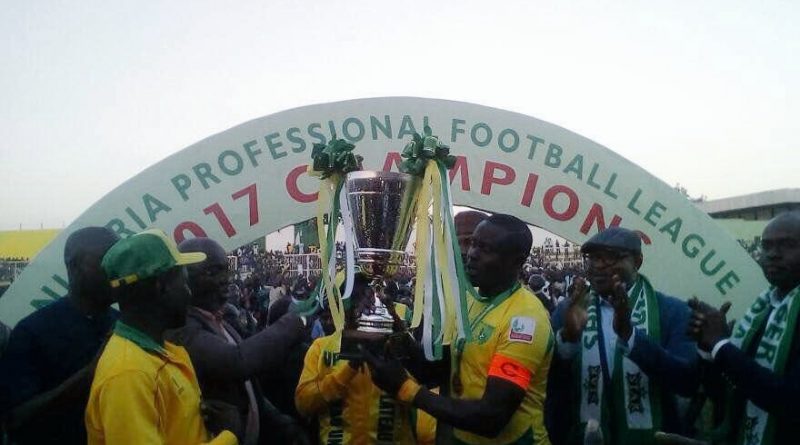 FIFA President Gianni Infantino has written to felicitate with the players, coaches, management, the entire team and supporters of Plateau United of Jos over the club’s emergence on Saturday as new champions of the Nigeria Professional Football League.
The Jos-based club defeated last season’s champions Enugu Rangers 2-0 to amass 66 points and scoop their first-ever Nigerian championship in front of their home fans at the Rwang Pam Stadium.
In his letter dated September 12, 2017 and addressed to President of Nigeria Football Federation, Mr. Amaju Pinnick, the FIFA President wrote, “Plateau United are the 2017 champions of Nigeria. It gives me great pleasure to send my warmest congratulations to Plateau United for their first-ever championship title.
“This title is the result of the determination of everyone involved and my congratulations go to the players, the coach, the administration, the entire technical and medical staff as well as the fans for this great achievement.
“On behalf of the entire football community, I would like to thank Plateau United and your association for helping to spread the positive message of football. I remain at your disposal and look forward to meeting you soon.”
Pinnick will arrive in Zurich on Wednesday to attend a meeting of the Organizing Committee for FIFA Competitions taking place at the Home of FIFA on Thursday.