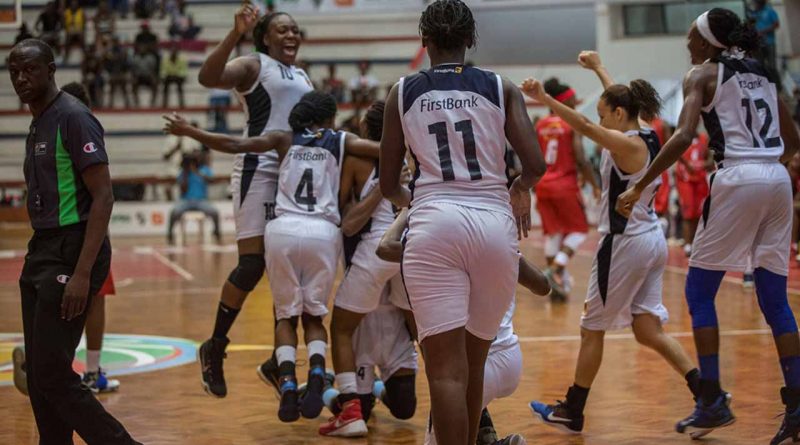 Nigeria and FIBA Africa Zone 3 representatives, First Bank Basketball Club had their full squad when they trained in Angola on Friday ahead of the Africa Champions Cup for Women, Extrasportsnigeria.com reports.

American Import, Wilson Dominic arrived in Luanda late on Thursday and had her first training with the team on Friday. Dominic could not join her teammates in Lagos as she got visa late.

She replaced Upe Atosu who travelled to the US for a post graduate course. Side court reports from Luanda suggest Dominic was full of energy. It is the young guard’s first outing in African competition.

She said, “It is good to be here to play basketball. I have met my team mates and I am really excited that they are all enthusiastic about winning the tournament. I hope my contribution will lift the team.”

Coach Peter Ahmedu said he is impressed with the attitude of the players and urged them to get into a winning mentality as they begin battle for the top prize on Saturday. The Elephant Girls won bronze medal at the 2016 competition held in Maputo, Mozambique.