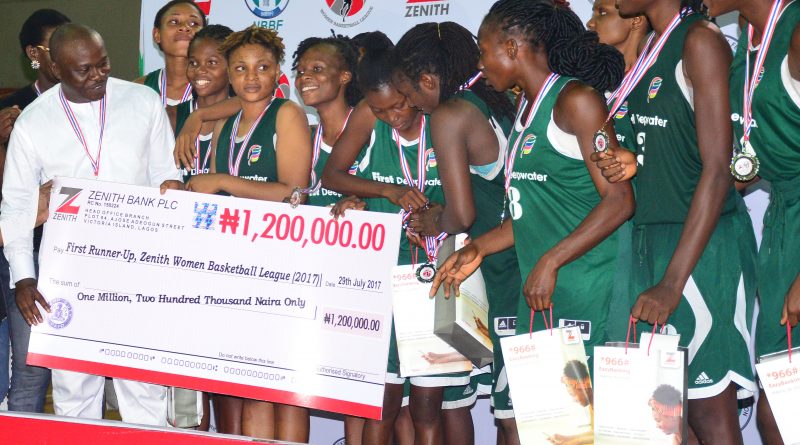 Former Nigerian women league champions, First Deepwater Basketball Club of Lagos have made a superb return to the African continent. They returned to continental games following their second place finish in the Zenith Bank Women’s League that ended last weekend in Lagos.

They will be competing in the FIBA Africa Zone Three qualifiers for the African Women Club Champions Cup.

The team which was not given a chance by bookmakers to make the Final-8 championship turned out the surprise team of the league falling in the final to largely former Deepwater players who now ply their trade with First Bank Basketball Club also of Lagos.

Though Deepwater ladies lost the final 84-53 points, team captain, Kasham Emmanuel led the floor in scoring in the final game with a game high of 23 points.

She told the media after the final that she was happy to have led the team back to reckoning.

She said, “No one gave us a chance to get this far talk less of playing in the final. We surprised ourselves and I must say that my teammates worked tirelessly for us to finish second place. Our loss to First Bank had to do with our poor defence but we’re overjoyed that we got to the final.”

The shooting guard who also made the Top-Five list for the championship said despite poor runs in the league for some time now was only a setback that has set them on the right pact of progress.

Deepwater coach and a former national captain Shola Shomala said her team’s appearance in the final was a surprise and praised her girls for a deserved second place.

“We are just rebuilding and so we started off the league prepared to play to respectable level being former national champions. But midway into the league we realised we could make it to the playoffs and so our determination got to a fresh level.

“At the playoffs we were aiming for a 4th or 5th but as the games wore on it became evident that we could push to the limit and here are today playing the final match. This is quite exciting.”