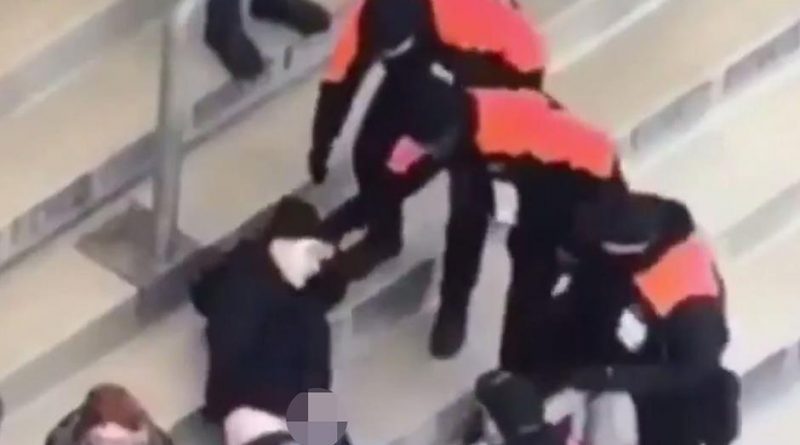 The Hertha Berlin follower was filmed relieving his frustrations before Saturday’s 1-0 loss to Schalke.

Images appeared on social media of the man, in his 20s, sprawled on the away terraces with his jeans lowered – and his hand making a seemingly rude action, according to The Sun report.

He is then seen to be surrounded by a group of stewards, while other Hertha fans stand nearby apparently unconcerned.

The man was ejected from Schalke’s Veltins Arena and was reportedly arrested after a struggle with police. He now faces indecency and assault charges.

The Schalke fan wrote, “This really happened in the Arena yesterday. Unbelievable.”

The pictures were later deleted, but not before being viewed thousands of times. They later appeared in several German newspapers.

Hertha failed to rise to the occasion on the pitch.

A first-half strike from Marko Pjaca dealt them the knock-out blow, and they slumped to 12th in the Bundesliga.