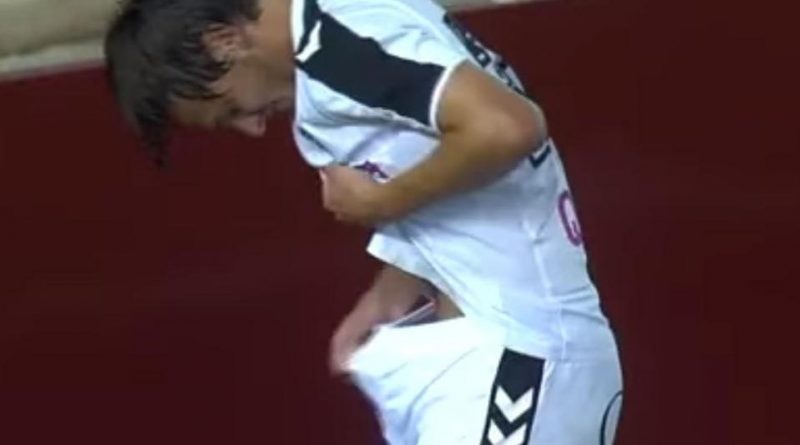 ALBECETE defender Mariano Bittolo is making a miraculous recovery from his horrific penis injury, and could even be available this weekend, according to reports.

The left back needed ten stitches in his manhood after it was sliced open by team-mate Roman Zozulya during the goalless draw with Huesca, The Sun reported.

Zozulya jumped for a header to clear the danger from his box and as he landed, his right boot caught Bittolo slap-bang in groin.

AS report the Argentine defender who was stitched up immediately after leaving the pitch will resume training this week and could feature in their league game on Saturday.

The draw with Huesca left Albecete 18th in the Spanish second tier, just a point above the drop zone.

Albecete travel to promotion chasing Rayo Vallecano on Saturday in the Spanish league.