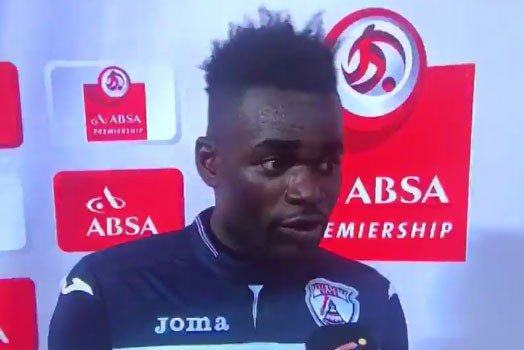 It all started perfectly innocently as he thanks his fans and wife before also thanking his girlfriend as captured by The Sun newspaper.

Immediately after the clearly-accidental slip of the mind – and tongue – Anas backtracks in the most grovelling of ways, repeating over and over again how much he loves his wife.

The Ghanaian striker – who not only scored twice on the pitch, has apparently done so off it – said, “I appreciate my fans, my wife and my girlfriend.

The video clip, viewed by Extrasportsnigeria.com, shows Anas frantically trying to make his truly believe that he is love. There is no update yet on how his wife is taking the blunder neither has the identity of the girlfriend been revealed.