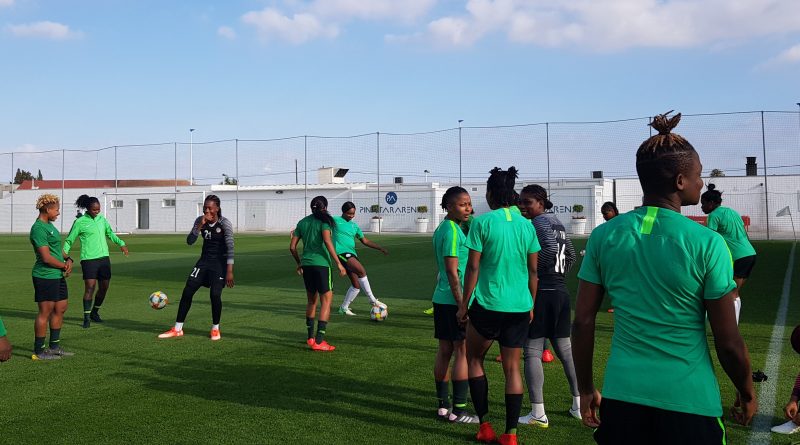 The Nigeria Football Federation has approved additional trainers for the Super Falcons ahead of the 8th FIFA Women’s World Cup finals in France.

Per Harlsson has been brought on board as conditioning coach, while Matti Demegard will work as video analyst for the nine-time African champions before and during the World Cup finals. Both were recommended by the team coach Thomas Dennerby.

These additions come on the back of two preparatory tournaments in China and Cyprus, an ongoing one in Spain, scheduled participation in the WAFU B Tournament and final camping programme in the world-renown Avita Resort in Austria, making the Class of 2019 perhaps the most –prepared Super Falcons for any FIFA World Cup finals since the competition was launched 28 years ago.

Meanwhile, Coach Thomas Dennerby has told thenff.com that it is important to have good camps as the France 2019 Women’s World Cup finals draw nearer. In an interview at the team’s hotel in San Pedro del Pinatar, Thalasia, Spain, Dennerby insisted that the team will get better with the different camps and tournaments ahead of the big showpiece in France.

“It is extremely important to have good camps and have the team together. I think it is also important that most of the players are back in their various clubs and playing games. Both the individuals and team will keep improving.”

Explaining the relevance of the new staff to the team, Dennerby said: “The analyst collects clips on players, processes them and the players can come to the analyst a day after the game to see the different situations they were into. We also do it on team base so that we can see defending line, midfield, build up play, finishing and so on. This is very important for the education of the players and technical understanding.

“Then we have the conditioning coach who is building the endurance of players as well as speed muscles. His role is to help our players to get quicker and better stamina. He is also a really important part of the team.”