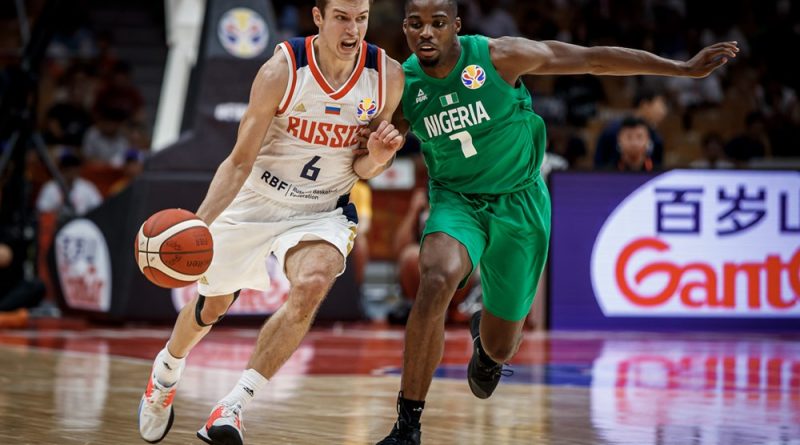 Russia survived a tight battle with Nigeria for a crucial 82-77 victory to start Group B play at the FIBA Basketball World Cup which tipped off in China on Saturday.

Russia trailed 71-63 with under 6 minutes to go but used the full court press to charge back into the game with a 10-0 run to take the lead. Russia proved the better finishers down the stretch as they connected on 7 of 8 free throws in the final 32 seconds and benefited from an unsportsmanlike foul on Okogie with 10.6 seconds to play.

In a group with Argentina, this game was of major importance as both teams are looking to reach the Second Round. Russia managed to pick up the victory and hope to make it two straight on Monday September 2 against Korea. Nigeria’s task doesn’t get any easier as their next game is against Argentina on the same day.

“We wanted to make them take contested two pointers, and we’ve been doing that successfully. Then, we allowed them three easy threes. When you allow a team like Russia three threes straight, they will punish you,” Josh Okogie said about losing the 8-point lead in the final quarter.