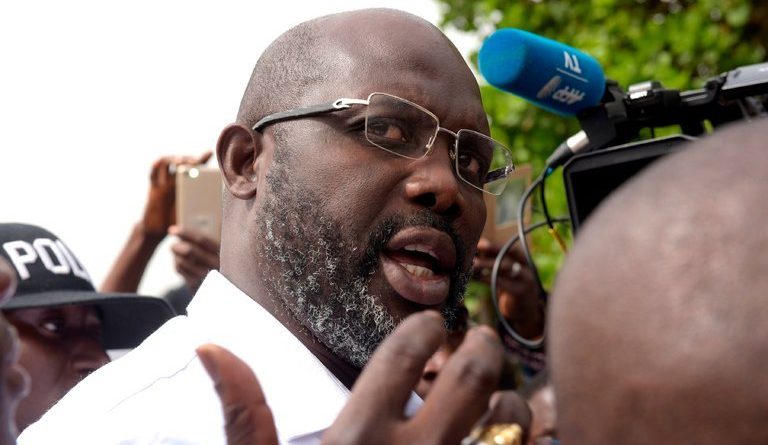 Arsene Wenger has revealed he has been invited to George Weah’s inauguration as president of Liberia at the end of January as he described his former player’s life as worthy of a film script.

Weah, who played under Wenger at Monaco between 1988 and 1992, was announced his country’s next president after winning 61.5 per cent of the vote in last month’s election, Dailymail.co.uk reported.

On Thursday Weah could not make the trip to Accra, Ghana for the African Footballer of the Year award as he prepares for the inauguration and was represented by his wife Mamie Doe. The President-elect was given a Legend’s award by the Confederation of African Football.

She told the filled hall, “I know George deliberately sent me here so that I can feel how it is to face the public like this. Pardon me, this is my first time in this event and I know he is preparing me for the role of a First Lady.”

Wenger doesn’t expect to be able to attend but joked that he may be able to go if the Football Association hand him a touchline ban following his recent comments about referees.

But the Arsenal manager highly praised his former player, “When you look at his life, the life of this guy is a film. It is unbelievable. It is a fantastic film.

“I saw him in Monaco, looking lost, not knowing anybody, not being rated as a footballer, yet he became in 1995 the best player in the world and now he is president of his country. It is unbelievable.

“He was always strong mentally, convinced he has a mission. When he played at Monaco, it was during the time of war in Liberia and I saw how much he suffered with his country.

“The love for his country and his people, and the care he had for his people. Today when I look back, I have seen him crying when the war was on. But this is a happy story and I wish him a happy presidency. He is an example to all footballers.”

Monaco was Weah’s first club in Europe and the striker scored 66 goals for them over four seasons before moving on to Paris Saint-Germain.

When at Milan in 1995, Weah became the first non-European footballer to win the Ballon d’Or and he won two Serie A titles during his five years at the San Siro.

He later had spells in England with Chelsea and Manchester City before retiring in 2003.

Weah entered politics following his retirement and had been serving as a senator in the Liberian parliament.

He previously ran for the presidency back in 2005 but was defeated by Ellen Johnson Sirleaf – Africa’s first elected female president – whom he now succeeds in office.