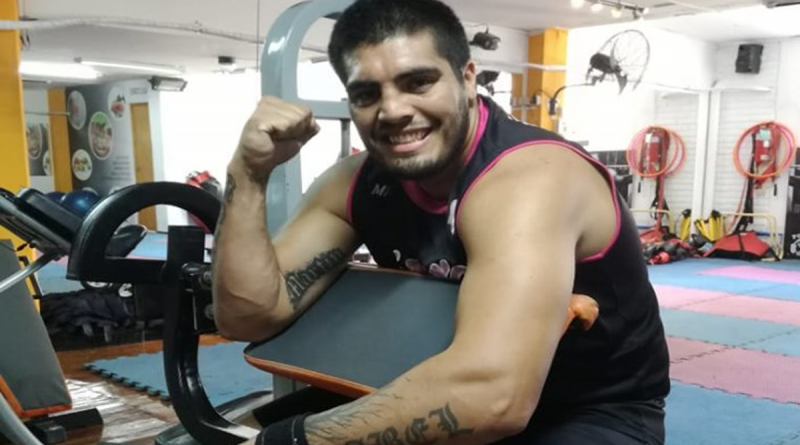 Ariel “Chiquito” Baracamonte, the Argentine boxer billed to fight Nigeria’s Onoriode “Godzilla” Ehwariemi for the World Boxing Federation (WBF) Intercontinental heavyweight title, has vowed to stun his opponent right in front of his fans. The bout is the major encounter of the nine-bout GOtv Boxing Night 20 slated to hold on 28 December at the Tafawa Balewa Square, Lagos.

Speaking on Monday in a telephone interview-via an interpreter-from his training base in Cordoba, Argentina, Chiquito, said the fact that Godzilla is fighting in his country will be of no advantage. The 26-year old said he is not coming to Nigeria for tourism or fun.

“I am not coming to Nigeria to have fun. I’m coming for serious business. Godzilla is fighting at home but against me, that will count for nothing. I’m coming to win the title,” he boasted.

The 6’2” boxer, who has won five of his fights by knockout, also disclosed that he knows a bit about his Nigerian opponent, who has had nine fights in Argentina.

“From his (Godzilla) records, he seems to be a knockout specialist. I am also a knockout king. The fight will end in three rounds,” he stated.

In addition, Alaba “Eylbow” Omotola and Bolaji “Fight to Finish” Abdullahi will make their professional debut in a national lightweight challenge, while there is an all-female bout between Cynthia “Boby Girl” Ogunsemilore and Aminat Yekini.

The event will also feature live musical performances from “Bolanle” crooner, Zlatan; “Up to something” singer, Mayorkun, and “Mercy of the Lord” performer, Oritsefemi