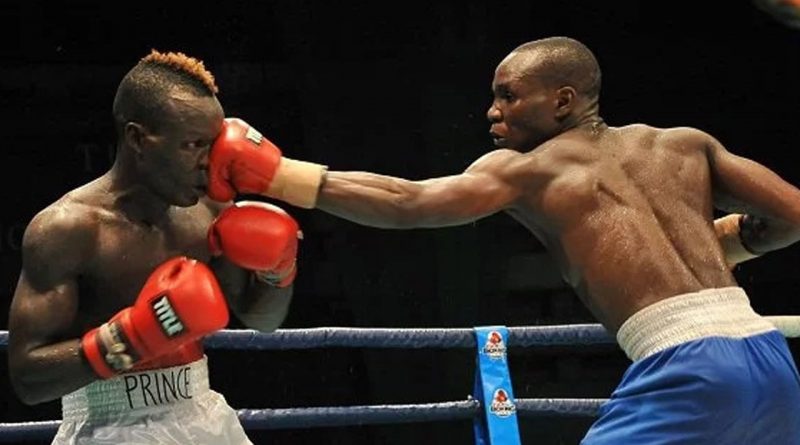 Abdulrahim Ahmed, Egyptian and Mediterranean lightweight champion, has vowed to defeat Nigeria’s Oto “Joe Boy” Joseph when they clash for the African Boxing Union (ABU) lightweight title fight at the GOtv Boxing Night 13 on 26 December. The event, which holds at Landmark Events Centre, Victoria Island, Lagos, will feature seven bouts.                                             Speaking from his base in Cairo, Ahmed said he is ready, willing and able to win the title.

He said, “Joe Boy is a small boy. I hold the Egyptian and Mediterranean titles. I have fought better boxers and Joe Boy is in big trouble. It does not matter that the fight is in Lagos. I am going to win.”

Equally fighting for an international title is Nigeria’s Abolaji “Afonja Warrior” Rasheed, who will defend his West African Boxing Union (WABU) title against Arye Ayitteh of Ghana. Two national title bouts are also scheduled. One will Rilwan “Baby Face” Babatunde taking on Chijioke “Painless” Ngige for the national light welterweight crown. The other pits Rilwan “Real One” Oladosu against Kehinde “Ijoba’ Badmus for the lightweight title.

A lightweight challenge bout will feature Rilwan “Scorpion” Oyekola and Jimoh “Hogan Jimoh Jr”, Lukman, while Matthew “Wizeman” Obinna and Cosmos “Awosika” will clash  in the super middleweight category. Tickets for the event are available online at ariiyatickets.com, SLOT and Ebeano Supermarket outlets as well as the National Stadium.