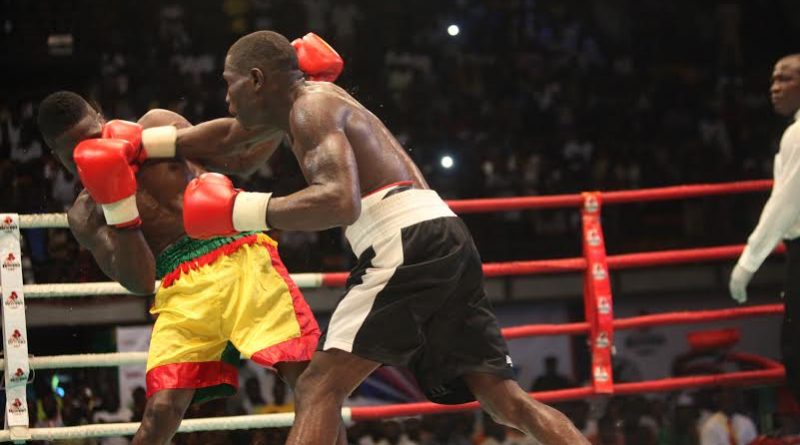 Olaide “Fijaborn” Fijabi and Waidi “Skoro” Usman, West African Boxing Union (WABU) light welterweight and featherweight champions respectively, have vowed to demolish their opponents at the GOtv Boxing Night 12, which holds at the Sports Hall of the National Stadium, Lagos, Extrasportsnigeria.com reports.
Fijabi will be defending his title against Ghana’s Ben “Congo Soldier” Ankrah, while Skoro will take on Tanzania’s Juma Fundi in an international challenge.
Fijabi who spoke in Lagos on Friday said his opponent will regret the day he agreed to challenge him for the title.
He said, “I don’t know who encouraged him to seek to fight me. Whoever or whatever did will surely discover that this is a different Fijabi. Ankrah will kiss the canvas in the third round; I will daze him.”
Skoro said his Tanzanian opponent will know what hits him, but will be unable to do anything about it.
“I don’t believe in the saying ‘he didn’t know what hit him’ because people usually know what hit them, but are unable to do anything about it. I will hit him till he surrenders,” he bragged.
The seven-fight event will feature two huge title bouts – the African Boxing Union (ABU) welterweight and Commonwealth Africa lightweight title fights. The former will see Stanley “Edo Boy” Eribo of Nigeria defending his title from the grasp of Ramadhani Shauri of Tanzania, while Nigeria’s Oto “Joe Boy” Joseph seek to become the first winner of the Commonwealth Africa lightweight crown when he takes on Israel Kwwamwamba of Malawi.
Also in the lightweight category, Rilwan “Real One” Oladosu will fight Samuel “Omo Daddy” Olaogun in a challenge duel. The light welterweight category will equally see Rilwan “Baby Face” fight Christmas “Tornado” Tombraye. In the light heavyweight division, Kabiru “KB Godson” Towolawi will go up against Akeem “AK” Adebayo.
The event will be broadcast live by SuperSport in 47 African countries.