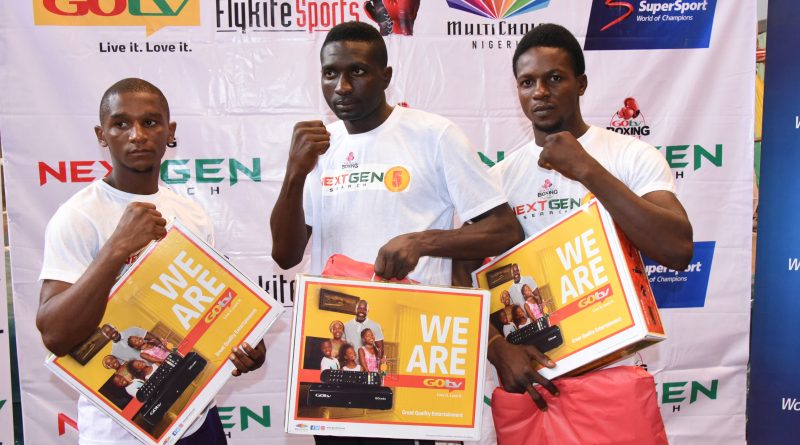 Thirteen young boxers, aged between 18 and 25, have emerged from GOtv Boxing NextGen Search 5, which ended in Ilorin on Friday. The programme, which began on Thursday, held at the Sports Hall of the Kwara State Sports Complex, where young amateur boxers from across the country took part in sparring sessions to determine their suitability for entry into the professional cadre.

Among those present at the closing ceremony where the boxers were unveiled were President, Nigerian Boxing Board of Control (NBB of C), Dr. Rafiu Ladipo; Secretary-General of the Board, Mr. Remi Aboderin; Tunde Kazeem, Director, Kwara State Sports Commission and representatives of the sponsors led by Ms Jennifer Ukoh, Public Relations Manager, GOtv.

The boxers were selected by a judges’ panel made up of coaches Joe Mensah, Obisia Nwakpa and Afolabi Olatoke, Vice Chairman, Kwara State Coaches Association. On selection, they were presented gifts by the sponsors. The three most outstanding boxers at the programme were presented with GOtv decoders by the sponsors, who will also pay for their professional boxing licences and pre-licensing medical examination of every selected boxer.

Speaking at the ceremony, the NBB of C President commended the sponsors for their immense support for Nigerian boxing beginning from 2014 when GOtv Boxing Night began. He noted that it is their investments in the sport that has kept it afloat, adding that without developmental programmes such as GOtv Boxing NextGen Search, the sport’s would have very little chance of survival let alone growth.

The NBB of C President urged other corporate bodies to emulate GOtv by supporting the sport, which he said has been revived and offers immense opportunity for Nigerian youth.