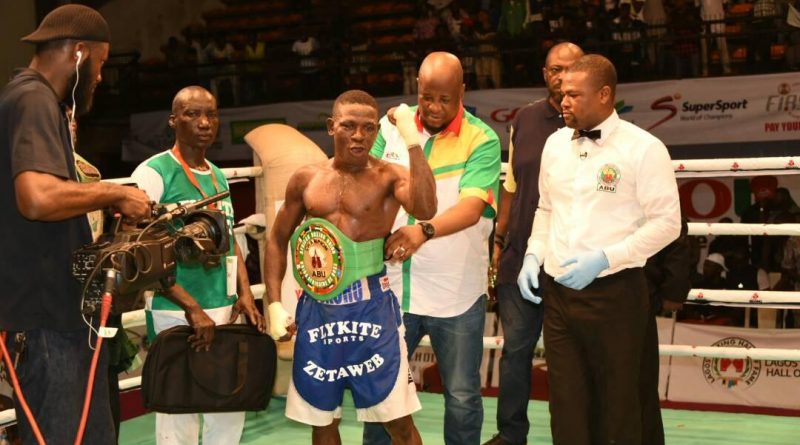 Waidi “Skoro” Usman, is still in celebration mood after he, on Saturday, won the African Boxing Union (ABU) featherweight title by knocking out Michael “Shaka” Nyawade of Kenya in the eleventh round. The bout, one of the seven at GOtv Boxing Night 14 which held at the National Stadium in Lagos, saw Skoro floor his opponent four times.

The Nigerian, who also holds the West African Boxing Union (WABU) title, was on a redemption seeking mission. A shot at the title in December 2015 resulted in defeat to Uganda’s Edward Kakembo.

Another big winner on the night was Rilwan “Baby Face” Babatunde, who emerged the WABU welterweight champion via a fifth round knockout of Republic of Benin’s Djossou Agoy Basile. He also won the Mojisola Ogunsanya Memorial Trophy for the best boxer as well as a cash prize of N1million.