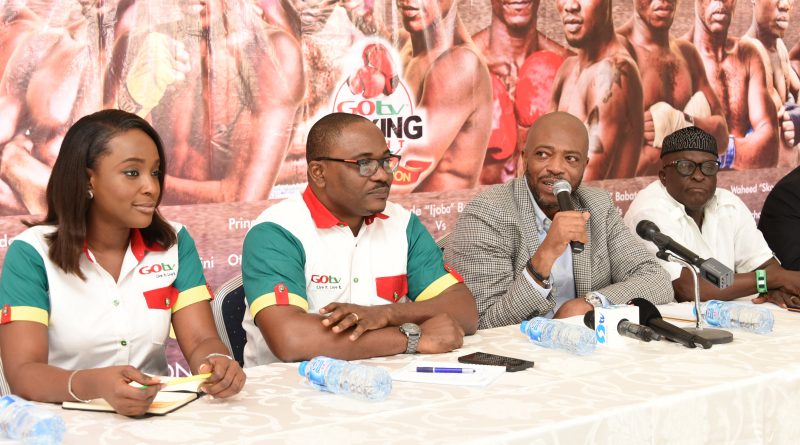 Nigeria’s Waidi “Skoro” Usman, who is billed to make a second bid for the African Boxing Union featherweight title at GOtv Boxing Night 14, holding at the Sports Hall of the National Stadium on April 14, has vowed to win the title. Skoro is billed to fight Kenya’s Michael “Shaka” Nyawade in the headline fight at the event.

Speaking in Lagos on Wednesday, Skoro, who lost a bid for the title to Uganda’s Edward Kakembo in 2015, said he is happy to have the opportunity again and he is certain of victory. He blamed his loss to the Ugandan on a bout of malaria he said he suffered before the fight.

He said, “This time, it will be different. I lost to Kakembo because I was sick about a week to the fight and I did not fully recover. This time, I am as fit as a horse and Nywade will pay for my loss. The title cannot go to East Africa this time. It will be with me in Nigeria.”

Rilwan “Real One” Oladosu, winner of the best boxer award at GOtv Boxing Night 13, will take on Kazeem “Ijoba” Badmus in the national lightweight title fight. Also in action on the night is Oto “Joe Boy” Joseph, who takes on Prince “Lion” Nwoye in a national lightweight challenge bout. The event will equally see Abiodun “Finito” Afini square up with Razak “Hyena” Ramon in a national cruiserweight challenge bout, while Chukwuebuka “Wise King” Ezewudo will test his mettle when he faces Semiu Olapade. The seventh fight will between Sulaimon Adeosun and Majesty Maduka.

The event, which we be shown live on SuperSport in 47 African countries, is sponsored by GOtv with support from MultiChoice.