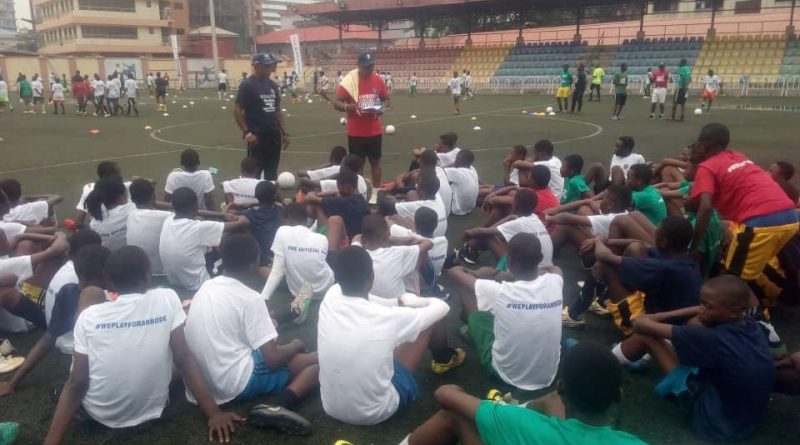 The clinic is a prelude to “The Match for Ambode” – a farewell football game that would see Team Africa play against Naija Legends. The two-day clinic rounds off on Saturday. The Legends game is expected to attract the likes of George Weah, Didier Drogba, Michael Essien, according the organisers. These stars will feature for Team Africa for the match that will be played in the month of March.

“What we are doing now is to help the up and coming young footballers and it is also a kind of dress rehearsal to the main event holding next month,” one of the organisers said in Lagos on Friday.

The Friday event began at about 10am while rounding off at about 2pm. The Access Bank backed event witnessed a large turnout of players and the entire event was aided by a heavy downpour in Lagos just hours before start off which drastically reduced the high temperatures experienced in the previous three days.