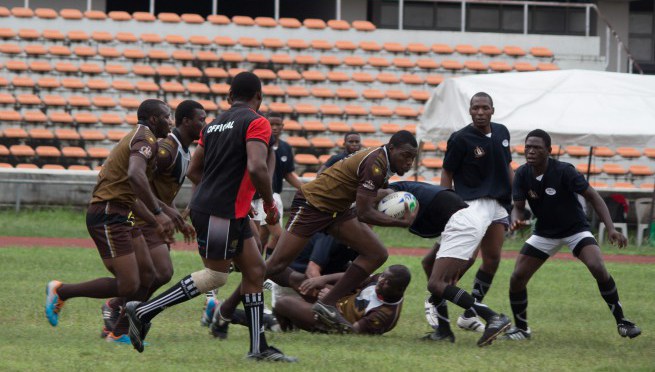 The Nigerian Rugby scene is set to witness the entrance of a new Rugby Club. And the club will be based in the Lagos Island Local Government Area.

The new rugby club already branded as the Lagos Island Rugby Football Club and with the nickname ‘The Islanders’ will be launched on Saturday, July 6, 2019 at the Campos Square mini stadium. The launch event will come with a rugby competition called the Governor’s Rugby Cup. The competition is a part of the club’s contribution to the celebration/inauguration of the new Governor of Lagos, Babajide Olusola Sanwo-Olu.

The establishment of the new club is an initiative of Larinde Williams who is a politician from the community and has decided to use the beautiful game of Rugby to impact positively on the lives of the people and in particular the youths of his constituency.

The July 6 event will hold from 12noon to 4pm and will witness a specially organised rugby match featuring the Governor’s Rugby Select XV Team who will play against the new club Lagos Island RFC reps.

The Island club also intends to contribute to rugby development through school’s rugby programmes in its constituency. In line with this, two schools that are already playing the game will feature in a curtain raiser Seven-A-Side exhibition match to usher in the Governor’s Cup.

The initiator of this programme, Honourable Williams says, “I am so passionate about the game of rugby and my constituency that I have decided to give back to society through the rugby initiative of establishing the Lagos Island Rugby Club and the Catch Them Young programme in schools.

“We have enlisted the assistance of a rugby development guru in Nigeria with much experience who is popularly called ‘Mr Rugby’ – Ntiense Williams, to help lay a good foundation for this futuristic Rugby and Community Development programme for the restless young people in my constituency.

“Alongside the Lagos State Rugby Association and the Nigeria Rugby Football Federation, we hope to contribute our modest quota to the genuine development of this beautiful game and get our youths to benefits.

“As a politician, I strongly believe that we can use our political strength to benefit our youths through sports and in this case rugby in particular which will also rid our society of social vices which are endemic in our communities. Government may not be able to do it alone, but their interest and endorsement of this project will greatly endear the populace to this incoming administration.”

Williams also hopes that well meaning individuals in the area and larger society would team up with the initiatives.

“We look forward to well meaning individuals and cooperate bodies in and around Lagos to partner with us in this worthy course to the betterment of our society.”