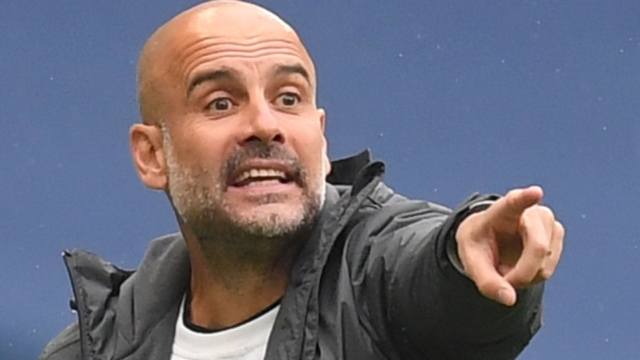 PEP GUARDIOLA has slammed some Premier League coaches on the whispering campaign about Manchester City which has gone on at home and abroad.

The Etihad chief believes that several clubs owe them an apology after they were cleared of financial wrong-doing by the Court of Arbitration for Sport on Monday.

A two year Champions League ban imposed by UEFA was overturned – meaning they can play in the competition next year.

The SunSports report on Wednesday details that a feisty Pep came out swinging as he spoke to the media ahead of Wednesday night’s game against Bournemouth.

Jose Mourinho and Jurgen Klopp have both had their say about the decision on Tuesday morning and Guardiola had a few points of his own to get across.

He said: “Jose and other managers should know, we were damaged, we should be apologised to.

“We don’t expect Liverpool, Tottenham, Arsenal, Chelsea, Wolves etc, to defend us, but we can defend ourselves.

“We have the right to defend ourselves when we believe what we have done is correct. It’s right.  Three independent judges said this.

“It was a good day for football as we play with the same rules as all the club s in Europe, if we’d broke the rules we’d be banned.

“We were damaged.  The people say we cheated were lying – and many times.

“The presumption of innocence wasn’t there and after it was right so of course now we are incredibly happy because we can defend what we’ve done on the pitch.”

The accusations against City have followed them around for many months and now Guardiola hopes it will stop.

He could also have been referring to the eight Premier League clubs who wrote to CAS in March pleading with them not to freeze City’s ban – even though they had not asked for a freeze.

He said: “It would be nice but I don’t think so.

“What happened in the last years, how many times people came to this club whispering about us. I’d like it to finish.

“I’d like to say people look in our eyes and if you have to say it, do it face to face.

“Then play on the pitch as rivals and if you beat us don’t hesistate, we’ll shake hands and congratulate them.

“People don’t understand how difficult it was at this time being under suspicion for something we haven’t done.

“Hopefully people can stop talking about this – or they can go to court and prove it. Go again, go on the pitch and do it.

“If you do not agree, knock on the door and speak to our chairman and chief exec and talk, don’t go whispering and saying ‘We are going to do this’ – seven eight clubs, doing this.”

He also had a riposte for La Liga president Javier Tebas who reacted to City’s victory by suggesting CAS were not upto dealing with such a case.

Guardiola said: “He’s another one, this guy must be so jealous for the Premier League, he’s an incredible legal expert.

“Next time we’ll ask them which court should judge us. He has to be worry and be concerned about la liga – to focus on them.

“We’ll be in the Champions League next season, Senor Tebas – what we did we did properly.”

Meanwhile Guardiola says City’s huge victory in court on Monday will not have much impact on his own future.

He explained: “Now is not the time – we have one incredible month ahead of us, then one year is a long time.

“The decisions we thought to do it before the sentence are quite similar, I was happy before and now. We have time to think about that.