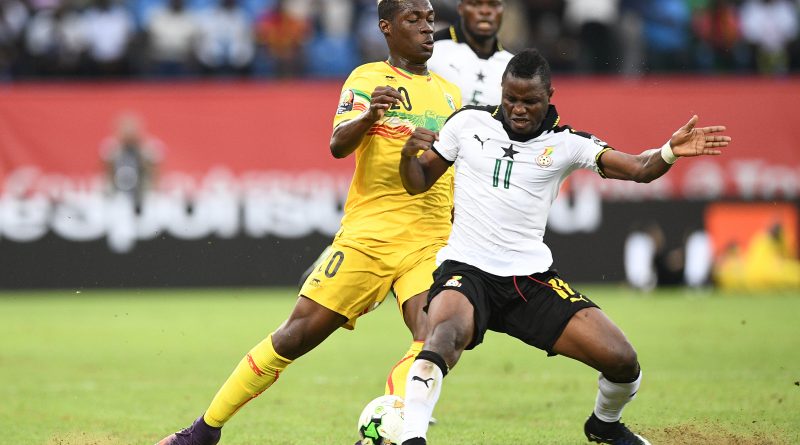 Ghana progressed to the quarter-final of the 2017 Africa Cup Nations with one match to spare after a 1-0 win over Mali on Saturday in their second Group D match, AFP reports.

On an appalling playing surface, Gyan headed home from Jordan Ayew’s cross in the 21st minute to score his eighth goal at the Cup of Nations over six consecutive tournaments going back to 2008.

With two wins from two matches in Group D, 2015 runners-up the Black Stars are certain of another appearance in the knockout stage of a tournament they have won four times.

Mali have just one point but are not out of it yet, while Egypt and Uganda meet in the other Group D game later.

The state of the pitch meant the teams were not allowed to use it for their pre-game warm-ups, instead being forced to do use an indoor facility.

The surface did not lend itself to a flowing game of football, but at least the sizeable Malian community in this Gabonese port city made for a raucous atmosphere.

Sadly for them, Ghana initially coped better on the pitch and they should have been in front in the 17th minute.

The standout performer at the last Cup of Nations, Christian Atsu did brilliantly on the right before delivering a low ball to the near post which Jordan Ayew would surely have converted.

However, Andre Ayew took the ball off the feet of his younger brother and stabbed a shot wide.

Nevertheless, Avram Grant’s men were ahead before the midway point in the first period as Jordan Ayew crossed from the right and captain Gyan rose unmarked to head past Oumar Sissoko in the Mali goal.

Ghana’s next match will be against Egypt on Wednesday in the final Group D match.