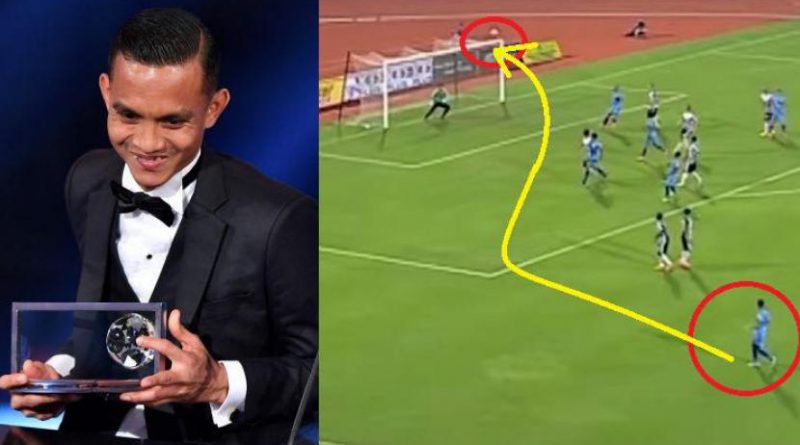 The winner of FIFA’s goal of the year award, Mohamad Faiz Subri, got a hero’s welcome back to Malaysia Wednesday from some 200 cheering fans as he vowed to seek more first-team action.

“I will fight for a regular spot,” the diminutive Penang state footballer told reporters.

“And, if God willing, (I will) score similar curving goals because I practise hard to hammer the ball into the net,” he added, while thanking supporters at Kuala Lumpur International Airport.

Faiz failed to be a regular fixture in the starting line-up for Penang last season in the Malaysian Super League.

Even after the FIFA award, Penang coach Ashley Westwood warned that Faiz “has to fight for his place in the first 11. There is no automatic choice”, according to the New Straits Times newspaper.

But last February the 29-year-old midfielder scored an extraordinary long-range swerving free-kick for Penang, making him the first Asian to clinch the prestigious FIFA Puskas Award at a ceremony in Zurich on Monday.

Brazilian legend Ronaldo presented him with the trophy.

Footage of the 29-year-old’s shot from 35 metres – reminiscent of the swerving thunderbolt by Brazil’s Roberto Carlos against France in 1997 – went viral last year, making him a sensation in football-crazy Malaysia.

“Faiz has made us all proud. I pray more Malaysians will follow his footsteps,” said fan Aida Rasid, 28, a clerk waiting at the airport.

The Malaysian government and football authorities have announced a 150,000 ringgit ($33,500) cash reward for Faiz.

“It was truly a breathtaking strike that captured the imagination of football fans around the globe and the whole of Asia celebrates this victory with Faiz,” he said in a statement.